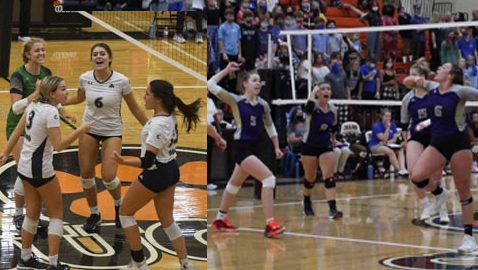 Both finished in third place and gave the eventual state champions their toughest competition.

In its opening match Tuesday, Catholic battled Briarcrest, the Division II-AA champion, five sets before losing in the deciding tie-breaker.

“I am obviously very proud of my players for making school history and getting third place at state,” said TKA Coach Kelly Peterson. “Seriously, for this team getting to the end of the season with six players playing, no injuries or sickness and being able to finish the season was an accomplishment in itself.

“I wish we had played better against Goodpasture the first match, but we played well the last match against them. Obviously, winning the first two sets, then losing the next three is a hard way to go out, but we fought!”

The Lady Lions finished the season with a 22-9 record.

Catholic Coach Brent Carter said, “We are extremely proud of our team. Obviously, we did not get the result that we had planned for, but our girls never stopped and fought until the end of the very last point.”

Carter said the season as a whole had been a success, considering losing eight seniors on last year’s team.

“No one expected us to get to where we did this year except us! We have amazingly resilient young women that train hard and take pride in what they do. I have no doubt that we played the most competitive schedule in the state this year and we won way more than we lost.

“We are very proud of how our team represents their families, their school, and our volleyball program.”