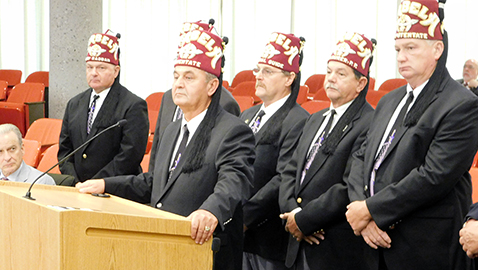 More than $217,000 is being added to a street project by the City of Knoxville because of some unexpected problems due to the age of the route.

The council voted to add the funding, bringing the total project total to $4,956,597, in an agreement with Southern Contractors, Inc., for the North Central Street Streetscape Project. The request was made by the engineering department and passed Tuesday night.

Councilwoman Lauren Rider asked Anne Wallace, deputy director of redevelopment, to explain the need for additional funds. Wallace said the project is still on target to be completed by March of next year and said the street was built in the late 1800s. She said old storm water pipes need replacing and the street depth became an issue.

Wallace said the city needs to increase the asphalt depth and widen the trenches along the route.

The council also recognized the 200th performance of the Kerbela Shrine Circus in Knoxville and representatives of the shrine, led by Potentate Terry Vittetoe, attended the meeting. The circus performed last week at Thompson Boling Arena.

Approved was a resolution in support of full funding in Washington for the Land and Water Use Conservation Fund. Carter Hall spoke to the council and said the national fund was normally extended by congress but was allowed to expire on September 30th. The fund is used by various agencies to preserve public lands.

Postponed for two weeks was an appeal by the Alice Bell/Spring Hill Neighborhood Association of a planning commission approval of expanding The Legends subdivision at Washington Pike. The idea is to give neighborhood homeowners and the developer, Maddox Companies, more time to meet again and discuss plans and objections.

Blue Cross Blue Shield of Tennessee was hired to administer services for the city’s self-funded employee medical program at an estimated annual cost of $670,605. The company was also hired to provide a dental benefits program for employees for three years at an estimated cost of $89,100.

An agreement with McKinnon Construction Company, LLC., for the 600 Block of Market Street Project was approved for $493,515.

The Vol Navy Dock near the UT Boathouse is being rebuilt and the council voted to contract with the Public Building Authority to do the project for $500,000.

In other action the council voted to authorize the mayor to apply for a state grant for the Knoxville Transit Authority for replacing its radio system, granted $1,200 to Legacy Park’s 2018 Legacy Luncheon, $1,250 to the East Tennessee Design Center’s 2018 Awards Gala, gave $9,250 from the Save Our Sons budget to Project Grad for its college programs, and $20,000 from the Office of Community Relations Save Our Sons budget to SEED to continue its program providing career readiness training.

The planning commission is being asked to amend and update the Knoxville-Knox County Major Road Plan and amend the General Road Plan.

Vice Mayor Finbarr Saunders, chairing the meeting as Mayor Madeline Rogero was attending an Opioid Crisis Conference in Washington, D.C., reminded everyone of the upcoming meetings on Recode Knoxville. He called the effort “the first total rezoning in 50 years” and said that the community participation so far has had more than 55 public meetings and received more than 750 comments.