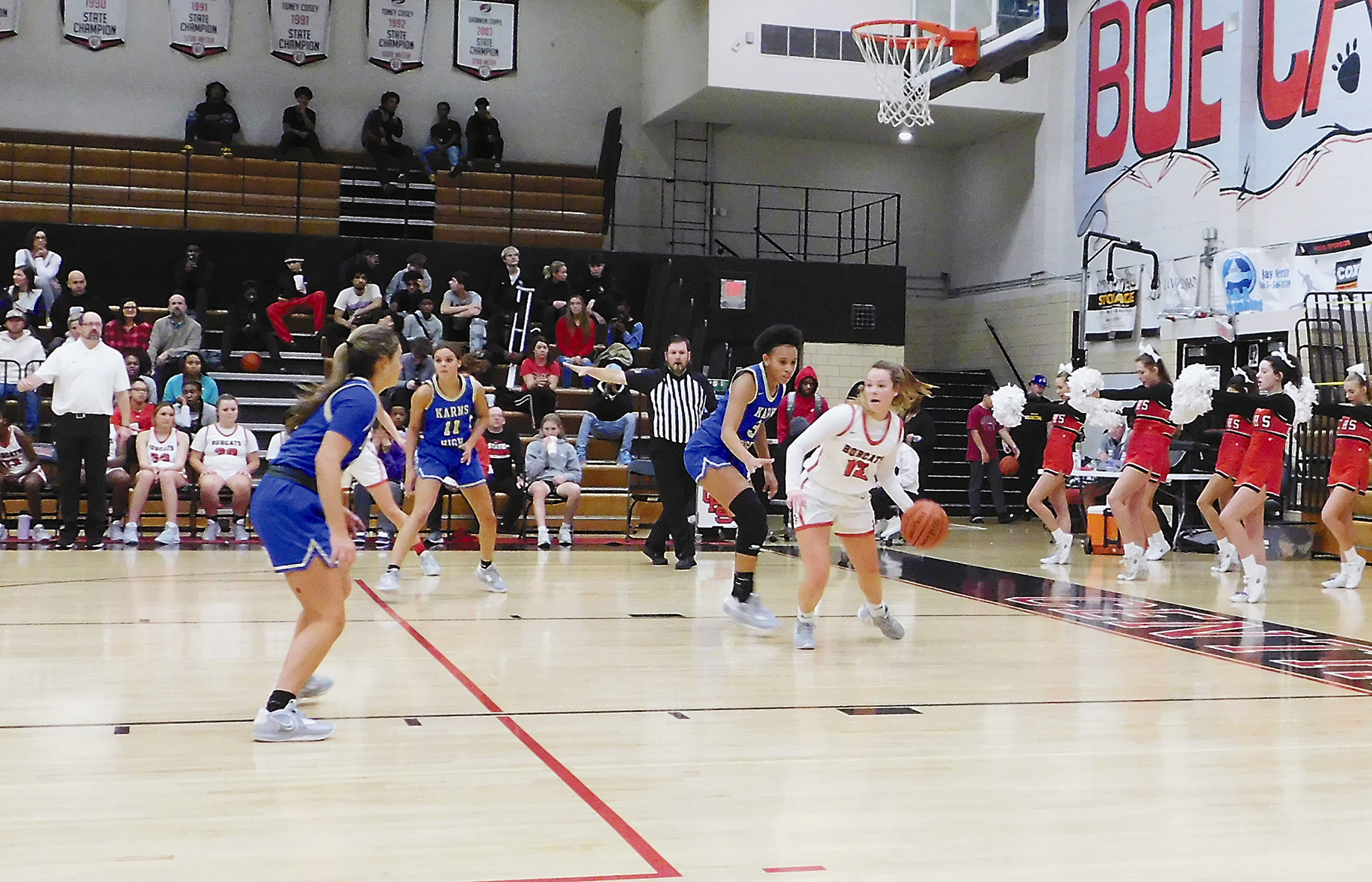 “I told (the team) that we could fold or we could go out and win the game,” said Trent, the Lady Beavers’ first-year head coach. “I told them that we could win this game by 15 or we could lose it by 15, and it was up to the 12 girls sitting in this locker room.”

Trent got the response she wanted from her squad as Karns came back to notch a 70-57 District 3-4A road victory over Central Tuesday night in Fountain City.

The Lady Beavers struggled early as they fell behind 14-11 in the first quarter and saw their deficit to balloon to 30-24 by halftime.

Despite battling some offensive woes, Karns remained within striking distance thanks to Rylee Roberts, who scored 16 of her 21 points before halftime.

“I thought Rylee Roberts made some good plays in the first half,” Trent said.

But Central was hot early as Avery Brewer scored 16 points in the first half and Cadence Horner added 12 before the break to help Central maintain the early upper hand.

Trent’s halftime pep talk woke up the Lady Beavers as they turned up the defensive pressure and held the Lady Bobcats to just seven points in the third frame. Karns, meanwhile, erupted, scoring 18 points in the quarter, transforming its deficit into a 42-37 advantage.

Reese Roberts scored 19 of her 21 points over the final 16 minutes and Abby had 13 of her 15 points in the second half to help the Lady Beavers seal their victory.

The Lady Bobcats pulled to within 42-39 when Horner made a pair of free throws with 7 minutes, 48 seconds left in the fourth quarter.

But they wouldn’t come any closer.

Horner had a game-high 25 points for Central and Brewer added 24.