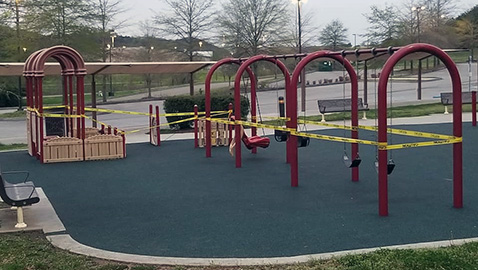 The City of Knoxville closed its parks except for “passive use” last week and Mayor Indya Kincannon is asking the council’s meeting Tuesday to help fund Zoo Knoxville while that attraction is closed because of the coronavirus emergency.

Kincannon’s order for the parks included closing park offices, restrooms, ball fields, tennis courts and playgrounds. The city was establishing notices at parks while inviting citizens to walk in the parks and greenways while keeping a safe distance from others. The mayor also authorized the issuances of violation notices to those non-essential business that remain open.

Skate parks, beach volleyball, basketball courts and ballfields will be closed. House Mountain, which the county manages and leases from the state, will also be closed. Use of all park restrooms was closed previously.

Greenways, dog parks and tennis courts will remain open. The county’s golf courses—where limitations had already been placed on shared equipment and carts—will also remain open though all flag sticks and rakes will be removed.

The Tennessee Department of Environment and Conservation Friday announced it will close all 56 Tennessee state parks and state-owned state natural areas to the public effective April 4 through April 14. This is a complete closure of facilities and access to all Tennessee State Parks and Designated State Natural Areas.