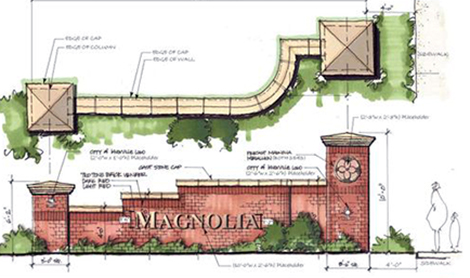 On the heels of the city’s announcement that it is looking at the Tennova/St. Mary’s Hospital for relocating the police and fire departments (see story on A4), the city council is being asked to approve an agreement with the Clayton Family Foundation for a proposed science museum complex.

The museum, promoted by Jim Clayton with a $150 million pledge as a 150,000-square foot complex is being considered for the land next the Knoxville Auditorium and the possibly including the current Knoxville Police Department Headquarters. Asked during a recent press conference if the Clayton proposal to acquire the property had pushed the mayor’s office to find a new location for the police and fire department Deputy Mayor Bill Lyons and Chief Operating Officer David Brace denied being pushed.

Brace said that the opportunity to buy the Tennova Hospital next to Fulton High School is timely but also said that, if bought and renovated, it would open the current police headquarters to Clayton if wanted.

The resolution to be considered Tuesday authorizes the mayor “to execute an agreement for the Development of the Clayton Science Center” and is requested by the city administration.

The council will also be asked to allocate $68,000 in an agreement with The Franklin Group, LLC, for construction of the Magnolia Gateway Monument project. The neighborhood monument sign would be located at the corner of Magnolia Avenue and Jessamine Street.

Mayor Madeline Rogero may be authorized to apply for a $950,000 grant from the state transportation department for design and construction of bicycle and pedestrian infrastructure on Chapman Highway between Stone Road and Woodland Pike. The city’s share would be $50,000 in the project that might eventually have an estimated total cost of $1,807,895.

The planning commission is asking the council to approve an Office Sign Code regulation.

The council will also discuss rezoning a recently annexed property on Pocanno Road to residential, name members of the Mayor’s Maker Council, adding a definition of bicycle to the City Codes, authorize $25,000 to implement elements of the PlanET Playbook, purchase easements for the Kingston Pike Complete Connections Project for $125,000, and approve an agreement with UT for Cumberland Avenue intersection improvements.