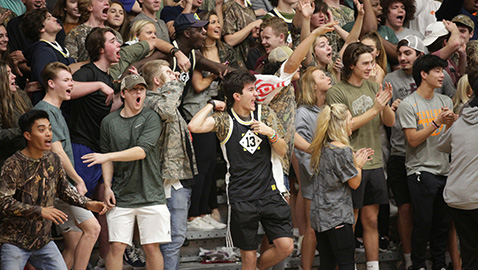 From an athletics standpoint, none of those things were good, particularly with post-season tournament time near.

“We lost a home game,” said Fulton coach Jody Wright on Friday. “We had Oak Ridge scheduled for Saturday night and Bearden for Tuesday. With no activity allowed, we had to cancel Bearden and move Oak Ridge to Tuesday.”

A Fulton versus Bearden game would have attracted a big crowd, too.

“Our last practice was Wednesday (Feb. 6) and our last game was Tuesday (Feb. 5) at Powell,” added Wright. “I hope our guys are staying active and getting in a gym somewhere during these four days.”

The District 4-AA tournament, which includes Fulton and Austin-East, is slated to start this coming Friday at Alcoa. The Falcons will play the winner of Scott versus Kingston Saturday night at 8:30.

Meanwhile, Karns Coach Lee Henson on Friday said: “We didn’t get a chance to play any games this week and have had to move our senior game to Monday. The delay will test the mental toughness of our team.

“Players are always encouraged to practice their shooting on off days,” he added. “Hopefully, they are getting some shots up. Conditioning is also a big factor for off days.”

The District 3-AAA tournament at Karns was pushed back one day and will begin with girls’ games on Tuesday and boys’ games on Wednesday.

Other district tourneys will be played at William Blount (4-AAA) and Gatlinburg-Pittman (3-AA).

On the Wall of Fame outside the BHS gym is a framed high school photo of Warlick and her prep accomplishments, which included being the state champion in the 440 dash and scoring over 1,000 career points in basketball.

RED DEVILS FALL: Halls’ wrestling team made it to the TSSAA state dual tournament this season but lost to Bradley Central 50-26 in the opening round at the Williamson County Ag Expo Center. Halls also lost to Independence 46-29 in the first round of the consolation bracket.

The state individual championships will be held Feb. 14-16.

“She was a Christmas present for our boys, Drew and Paxton,” said Heather, Coach Parrott’s wife, last week after the Bulldogs’ win over Maryville.

Ruby was celebrating in the coaches’ office by playing with a tennis ball.