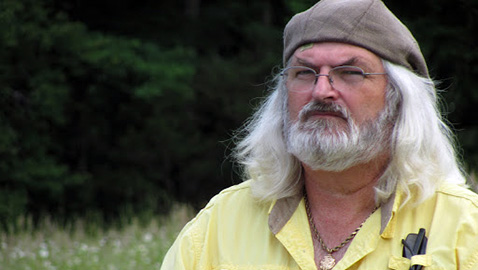 He was Santa during the holidays and is wife, Kathy, was Mrs. Claus. He was ideal for the part with his long white hair and beard. Last week David Keck fell going down the stairs of his house and was rushed to the hospital. He seemed to recover a bit after a few days but died suddenly.

Because of the hospital’s coronavirus safety precautions, Kathy was not allowed to see him and finally talked with him by phone when someone held the phone for him because he couldn’t raise his hands.

Keck’s death was a huge loss for Island Home Baptist Church, where he was very active. He also worked ballgames at UT during football and basketball season.

Kathy and David met at the Tennessee Country Dancers Club while they were dancing on the Boots Bells and Beaus Dance Team. They were regulars on the popular TV show, Club Dance.

David had a new passion after the birth of his grandchildren: South Doyle High School sports. He never missed an opportunity to cheer on his grandchildren in football, basketball, soccer and track and was their number one fan.

Keck was the patriarch of his family, a 1973 Rule High School graduate, a Master Mason and an Air Force veteran. He is survived by his wife, two brothers, a daughter, two sons and grandchildren.

Berry Funeral Home was in charge of arrangements and a graveside service was held Friday at the Island Home Baptist Church Cemetery. The family requested donations be made in his memory to the church.