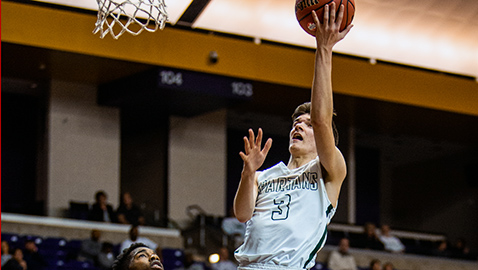 But the Road to Murfreesboro and Nashville is a long way off as teams return to action following the holidays, and there’s still a possibility a team or two could get hot at tournament time.

At the end of the 2018-19 season, Bearden (Class AAA) and Webb (Division II-A) each captured a state championship for the first time in school history and perennial state finalist Fulton (Class AA) was a state runner-up.

“We are a work in progress,” said Webb Coach Ricky Norris on Friday. “Having lost senior Charlie Wyrick to graduation and Emory Lanier to a transfer (his dad is now the head coach at Georgia State University), we are still trying to figure out new roles and develop some much needed depth.

“However, I do feel like we have continuously gotten better since the Cleveland game.”

The Spartans then split two games against good Georgia teams at a Thanksgiving holiday event in Atlanta, with the win sparking an eight-game win streak that included a 70-49 victory over a good Oak Ridge team.

“When you dive into our schedule, it’s the toughest group of teams we have ever played before Christmas,” said Coach Norris. “My belief is that has helped us grow at a much quicker rate and will pay dividends in January and February.”

The Spartans also won one of three contests at the prestigious Arby’s Classic at Viking Hall in Bristol during the holidays.

“We don’t talk about the possibility of repeating,” added Norris. “There are several teams throughout the state that would be considered the favorite. It wouldn’t be us.”

Seniors Luke Burnett, Tariq Daughton and Uriah Powers have been instrumental in leading the team this season.

“Along with our seniors, we have gotten significant contributions from junior David Sanger and sophomore Jaylon Green,” said Norris. “Junior Owen Feld and freshmen John Tolsma and Lukas Walls provide us depth off the bench.”

Norris said the team also is excited about junior Joseph Moore returning from a football injury this month.

The Spartans will return to action Tuesday when they host Alcoa.

A game to circle on the calendar is an upcoming match up with district rival Grace Christian on Friday, Jan. 17, at Webb.

BEARDEN (10-6) was scheduled to return to action this past Friday against Campbell County. The Bulldogs, 2-1 in District 4-AAA, will host Hardin Valley Tuesday and William Blount this Friday in district play.

The Roadrunners will be hosting Fulton on Saturday, Feb. 1.