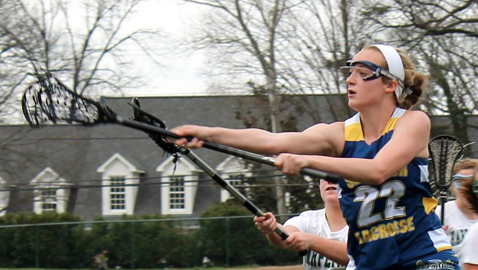 That honor recently went to sophomore attacker Ryann Doyle. She was named to the squad by the coaches in the Tennessee Girls Lacrosse Association.

Doyle, who scored 92 goals and dished out 29 assists for the Lady Eagles this season, said that the magnitude of her accomplishment hasn’t quite set in.

“I’m very honored to be the only player chosen from the East 2 Region,” said Doyle, who helped lead Seymour to 21 wins during the 2016 season. “People will see me and congratulate me for being named all-state and I’m like ‘what?’

“We had a good season this year and I think we worked really well together and I couldn’t have done this without my teammates. We went 21-5 and we played the basically the same competition as we played last year.”

Seymour coach Patrick Doyle said that his daughter’s selection to the all-state team was huge for both Ryann and the Lady Eagles.

“Ryann has been one of the most consistent offensive players. She has 168 goals in two seasons, which makes her a target for other teams to double or triple-team,” Coach Doyle said. “She used a combination of finesse and power to overwhelm many of her would-be defenders.

“She does a great job getting open but her teammates also did a great job getting her the ball. I’m very proud of Ryann and [I’m] even happier for our team. When individual players start getting recognized, it is because the team as a whole is getting the attention of everyone in the league.”

Like Ryann, Coach Doyle understands that lacrosse is a team sport.

“I am constantly preaching that no one piece is greater than whole,” he said. “Without Courtney Braniecki picking up ground balls or Brittany Lowery feeding her the ball, this doesn’t happen.”

Ryann Doyle might’ve been the only all-state selection from her East Tennessee Region; several players were named to the All-East Region 2 Team.

Ryann was joined on that team by Lowery, Braniecki and Ali Johnson of Seymour.