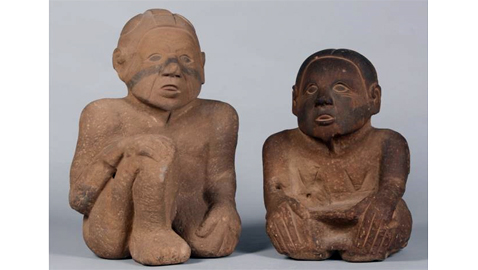 The Knoxville City Council got an earful Tuesday night when Rev. Doug Stauffer of the Antioch Baptist Church spoke in public forum and called some of the council out by name for their vote recently to do away with the distance required between beer sellers and churches.

Stauffer demanded a compromise be passed such as the one presented unsuccessfully by Council Nick Della Volpe permitting churches and beer sellers to occupy the same shopping center but keeping the distance between the two. He lambasted council members Marshall Stair, Brenda Palmer and Duane Grieve for their support of the matter and said that the city is not really in line with the state law.

The minister said that he will oppose those council people who supported doing away with the distance requirement and called their actions “Anti-Church and Anti-Christian.”

Only three councilmen voted not to drop the distance and Stauffer praised their stand on the issue.

Community activist Vivian Shipe, a longtime proponent of the creation of a Safety Center, also spoke in public forum. She said she learned that Tennessee is the 4th worst state in the nation in providing mental health services. She also said that military veterans with mental health issues who end up in jail could have their VA benefits affected.

“Please hear the citizens you represent and budget in as a recurring expense the one-million dollars the county has already pledged for a Safety Center,” she asked.

Mayor Madeline Rogero responded that the city has been meeting with the county and with the Hellen Ross McNabb Center but has not been asked to put in $1 million.

“Once we get an idea of what the state is willing to do then we will look at our next budget,” the mayor said.

“We will be stepping up to the plate,” Rogero said.

In other business the council voted to allocate $25,000 to help buy an ancient Native American statue from a private owner for the McClung Museum. Director Jefferson Chapman said the artifact is 800 years old and was discovered in Wilson County, Tennessee, in the 1930s. The museum has one of the two statues and has an option for the female figure to sit beside the museum’s male statue. The council also voted on final reading to dissolve the KAT Community Advisory Committee and to name that group’s former chair person, Sandra Booher, to the main KAT board. Two new members, Chris Crouch and Walter L. Williams, were also named to that board.

Also approved on its final reading was to amend the codes to permit the new 96-gallon trash canisters.

On that subject two residents of the Buffet Trace Condos said seniors cannot easily handle the large containers and the size is a hazard for the handicapped and elderly, especially those living in condos or on hillsides.

Chad Weth, City Public Service Director,   said that smaller canisters are being ordered for those people who can’t handle the larger containers. He said that out of 40,000 larger containers delivered to homes, he’s had only 160 calls complaining and most of those were from condo owners.

The council also gave final zoning approval for the former Sevier Heights Baptist Church to become an entertainment venue and brewery and for a former finance company building on Magnolia to be used for student housing.

Vice Mayor Duane Grieve said he hopes the Magnolia Street rezoning of the former bank doesn’t set a precedent for the neighborhood and indicated he was not pleased with the proposed architectural look of the structure.

Also authorized was the purchase of a new trash compactor for the Transfer Facility on Elm Street for $239,000 from Design & Construction Services LLC.