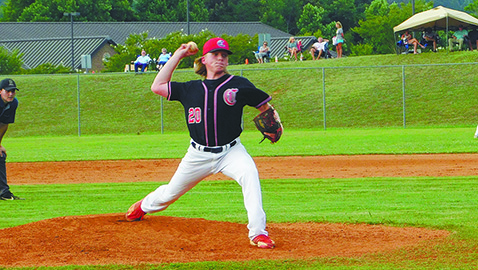 The big inning proved to be a potent weapon for the Fountain City Bobcats in a victory against Sweetwater late last week. The Bobcats also got a solid pitching performance from Ethan DeBusk.

Those ingredients were in the recipe for a 16-1 victory over the Wildcats Thursday night in the Knoxville Christian School Summer High School Baseball League.

That was a huge understatement.

The Bobcats got off to a fast start when they scored three runs in the top of the first inning. Fountain City got an RBI double from Brady Ackermann and a two-run single from Jay Faulkner to open an early lead.

Sweetwater picked up its lone run of the contest in the bottom of the frame before Ethan DeBusk bounced back to throw five scoreless innings.

“He threw pretty well tonight,” Kevin DeBusk said of his son. “He threw strikes and he had his defense behind him.

Kevin said it was nice to see Ethan post his performance against the Wildcats.

“He threw well and what makes this special is that he was one of those seniors that lost his season,” Coach DeBusk said. “This is the last bit of baseball for him before he joins the military.”

But Fountain City’s offense also had a special evening.

Sweetwater was able to keep the Bobcats off the scoreboard in the second and third frames, but Fountain City’s offense tallied three runs in the fourth, four in the fifth and six in the sixth.

The Bobcats extended their advantage to 6-1 in the fourth, thanks to a two-run triple from catcher George Sanger and an RBI single by Luke Prince.

In the fifth, Caleb Hill clubbed a two-run homer. Sanger, Elijah DeBusk, Logan Rodenwald and Sanger all drove in runs with hits in the sixth inning where the Bobcats also scored a tally with the help of a Sweetwater error.