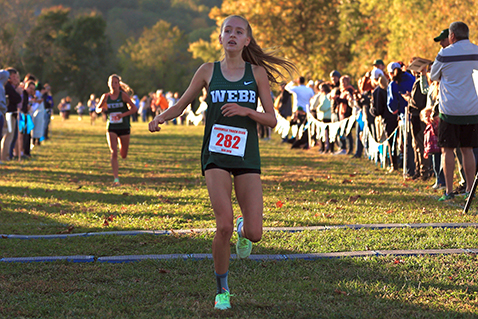 Garmer ran in the KIL event last year as an 8th grader.

“It’s a pretty fun race for me,” said Jazzlyn. “Winning it gives me confidence going into other races like the state.”

“I felt strong and confident going out there by myself,” he said. “There was a little difficulty in the back part of the race to stay on it when I was all by myself. But I ran hard and finished strong and barely missed my PR and the course record, but I’m glad I got the win.”

Keegan will be defending his TSSAA state title later this season.