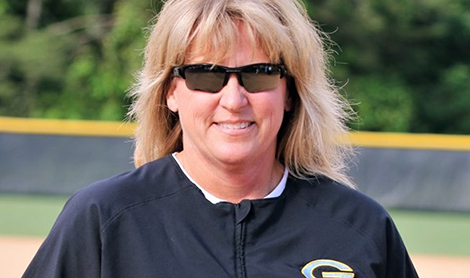 Gibbs’ Carol Mitchell ranks No. 13 in the nation in wins among “active” high school softball coaches.

After completing her 26th year this spring, Mitchell’s record stands at 914-279-4, a 76.5 winning percentage, according to the National Federation of State High School Associations.

The leader is Diane Laffey of Warren Regina High in Michigan, who has been coaching since 1963 and will turn 80 years old on August 16.

Laffey, who said she enjoys coaching and plans to continue, has been inducted into the NFHS Hall of Fame as Michigan’s all-time winningest softball and girls’ basketball coach. She also is her school’s athletic director.

Mitchell, who has been Gibbs’ head coach since 1994, is Tennessee’s winningest active coach and all-time leader, based on the NFHS information.

Mitchell has coached Gibbs to five state championships. Her Lady Eagles won Class AA state titles in 1998, 1999, 2000 and 2012. Mitchell also was selected as Coach of the Year for the Southeast Region of the United States in 2012.

Gibbs’ softball program was reclassified Class AA by the TSSAA in 2018.