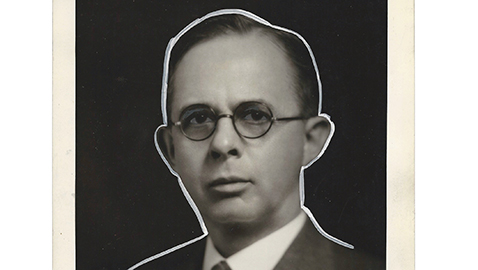 Austin Peay had been an exceedingly popular governor, first winning election in 1922. Although he had lost a bid to win the Democratic gubernatorial nomination in 1918, he had proved to be an effective vote-getter in 1922 when he had defeated former governor Benton McMillin inside the primary. Peay went on to beat incumbent governor Alf A. Taylor, a Republican, in the general election. Peay had been renominated easily in 1924 for a second two-year term by defeating perennial candidate John Randolph Neal and dispatching GOP nominee T. F. Peck with almost 58% of the vote.

Alf Taylor had also been personally popular and Austin Peay owed a great many people a debt of gratitude for his initial election, not the least of whom was E. H. Crump, leader of the Shelby County political organization. Crump had supported Peay over the seventy-seven year old Benton McMillin, the “Old Warhorse” of Tennessee’s Democratic Party. Peay had only managed to eke out the narrowest of margins in the primary. The heavy majority he won in Crump’s domain of Shelby County accounted for more than his margin of victory. Tennessee Democrats, badly wanting to reclaim the governor’s mansion from the Republicans, united around Peay as the nominee and he benefitted from Senator McKellar, running for reelection, campaigning hard for him. Peay won, yet while acknowledging the help he had received from so many friends, remained extraordinarily independent. Instituting a flurry of innovations and reforms, Governor Peay proved to be a highly capable administrator.

As was usual with E. H. Crump, the Memphis Boss was having second thoughts about Peay, who was preparing to seek a third term in 1926. Crump naturally disliked many of Peay’s policies that heavily taxed the urban counties, only to spend the money in Tennessee’s rural counties. Both Crump and McKellar kept an eye on the governor’s popularity with voters, wondering if Peay would complete a third term in 1928, only to challenge the senator for the Democratic nomination. Crump also intensely disliked the influence of Colonel Luke Lea, former U. S. senator and the owner and publisher of the Nashville Tennessean. Lea had remade himself and wielded considerable power within the Peay administration. What Crump did not know was Lea was frequently frustrated with the governor who absolutely refused to pull the levels of gubernatorial power in Nashville for purely political reasons. Lea saw nothing wrong at all with hiring and firing on the basis of politics and was a firm believer in the adage oftentimes attributed to Andrew Jackson, “To the victor belongs the spoils.” Despite his affection for Luke Lea, the governor would not budge to accommodate the Colonel, who despaired Peay would be weakened with an expected challenge to Peay’s reelection by McKellar and Crump.

The candidate to contest Austin Peay’s reelection was not long in coming. State Treasurer Hill McAlister had formally announced he would be a candidate for governor on January 25, 1926. As the incumbent Austin Peay could afford to delay his own announcement as well as utilize his incumbency effectively, as he did when he took a ten- day tour of West Tennessee, ostensibly to survey the conditions of the highways with State Highway Commissioner C. Neal Bass. McAlister had actually hoped Peay might forego a campaign for a third term and delayed his announcement, thinking he might receive backing from the administration should the governor not seek reelection. Almost immediately, McAlister charged Peay’s reforms were little more than establishing an “autocracy” in the hands of the governor. Certainly, Governor Peay’s consolidation of state departments and agencies vested more power in the executive, but few Tennesseans seemed to find it frightening. In contrast, Peay defended his reform of state government as more cost effective and efficient, an argument that did have some appeal to voters. McAlister had a difficult row to hoe by claiming it was somehow better to have sixty state departments and agencies rather than the eight organized under Austin Peay.

The candidates traded charges of which was supported by what political machine; Peay naturally noted McAlister had the support of Crump and Nashville Mayor Hilary Howse, who ran a considerable machine in Davidson County. McAlister tartly noted Peay found nothing wrong with E. H. Crump’s support when he ran in 1922. McAlister also pointed out the governor enjoyed the strong support of the state administration and employees. Peay had the editorial support of Luke Lea’s Nashville Tennessean, while his bitter rival, E. B. Stahlman, publisher of the Nashville Banner loudly promoted the candidacy of Hill McAlister. The editor of the Humboldt Courier-Chronicle offered the opinion McAlister’s rhetoric was to be expected during a gubernatorial campaign. Noting he had watched Tennessee gubernatorial campaigns for “a third of a century” every challenger claimed the incumbent had managed to build “the worst machine” in the state’s history. Challengers always decried “the ringsters, the Capital Clique, the rascals…” The editor of the Courier-Chronicle noted such charges had been the “shibboleth of the outs” and pointed out “if their candidate got in, he in turn, was soon being held up as the builder of ‘a monstrous machine’ and one who should be driven from public office.”

Anticipating a divisive and hard fought contest between Peay and McAlister, Congressman J. Will Taylor, Tennessee’s Republican boss, informed President Calvin Coolidge the prospects for electing a GOP governor were “bright.” Saying he had just returned to Washington, D. C. from three weeks spent in Tennessee, Taylor believed Republicans might elect another member of Congress, as well as a governor.

McAlister made his opening speech in Murfreesboro, which drew a withering editorial from the Chattanooga News, which declared the challenger’s speech was “distinctly more amusing than impressive.” The News graciously noted McAlister had every right to run for governor, but concluded the sole reason he was running was because he wanted to be governor. The editorial questioned whether McAlister could deliver on all his campaign promises, believing that it would be little short of a miracle in light of “political economics.” McAlister promised to repeal the tax on tobacco, as well as “’restore’ to the schools one-third of all revenues collected by the state…” McAlister also promised to return all the revenue collected by the state from the automobile taxes to the counties. The News speculated McAlister was giving away about $1 million annually from the tobacco tax, $1.5 million by giving the schools a third, and yet another $2 million by returning automobile taxes to the counties. Horrified, the News editorial cried, “At one fell swoop, this candidate promises to break open the state’s strong box and relieve it of a sum approximately $4,500,000 a year.”

The Memphis News Scimitar, supporting McAlister, published an editorial critical of the governor with regard to awarding textbook contracts for schools. Luke Lea’s Tennessean retorted, “The silliest argument in a campaign remarkable for silly arguments” was the introduction of who got what contract for school textbooks.

Campaigning in Dyersburg, Tennessee, Hill McAlister took a turn in denouncing the reforms wrought by Austin Peay as governor. McAlister declared the supposed economies in combining state departments and agencies was little more than a “myth.” Peay’s ambitious road program, which was very popular with the public, drew McAlister’s ire. McAlister pointed out the governor insisted the road building program was supposedly progressing on a “pay as you go” basis, when in reality the governor was not taking into account the $12 million in bonds floated by Tennessee counties. McAlister told his audience he believed the legislature should take over the debt from the counties, an idea which was also advocated by Governor Peay. McAlister was also critical of Peay’s open letter to the people of Tennessee, seeking the opinion of the voters as to whether or not he should seek a third two-year term. McAlister growled Peay seemed to think he was the only man who could “manage the affairs of the state and yet admits he was not a well man.” “If this is true, then the state had better be training up someone to take his place when he is no longer willing to serve,” McAlister thundered. A year later, Hill McAlister’s remarks would have special and ironic meaning.

McAlister, speaking like an accountant, pointed out Tennessee’s expenditures had more than doubled during Peay’s four years as governor. Hill McAlister also charged Austin Peay was little more than a professional politician. “A long record of 25 years of politics should make him familiar with politicians,” McAlister snapped. Lastly, McAlister told Dyer countians the county had been treated like a “stepchild” by the Peay administration, pointing out bonds totaling $600,000 had been approved, yet the money remained in banks without any road improvements locally.

Speaking at the Princess Theater in Columbia, Tennessee, Hill McAlister escalated his attacks on Austin Peay, crying the governor’s reforms were nothing more than an effort to “Mussolini Tennessee.” McAlister dramatically declared, “The governor is drunk with power” after consolidating more power into the hands of the executive. McAlister not only charged the governor with having built up a powerful political machine, Peay intended to select “his successor and electing the United States Senator and other high officials of government.”

Governor Austin Peay did not open his own campaign for the Democratic nomination until June and had largely ignored McAlister’s criticisms of his administration. When McAlister demanded Peay join him in a joint canvass of the state, the governor mildly replied, “I decline the suggestion because I have never known of any good to result from such debates.” Peay pointed out McAlister seemed all too willing to “overlook the fact that Mr. John R. Neal is a candidate for governor in this primary.” The governor said he did not believe “the three of us could hardly engage in an orderly discussion” of the issues. Peay then landed a blow of his own, writing back to McAlister to say, “Besides, neither of you is the real candidate for governor against me.” Governor Peay said the real candidate against him in the Democratic primary was the Nashville Banner. Peay claimed he was the subject of the Banner’s wrath because he could not be controlled by E. B. Stahlman. “My policies and my appointees have been recklessly attacked and defamed ever since I refused its bidding,” Peay wrote. The governor bluntly reminded McAlister he had supported his reelection as State Treasurer inasmuch as “I did not oppose you and saved you from opposition when it was in my power to have defeated you.” Peay also recalled the Banner had “made faces at you” when it believed McAlister had been loyal to the governor. Peay closed his letter refusing McAlister’s invitation to debate with a stinging rebuke, noting “you have seen fit to desert me and to become the candidate of the Nashville Banner against me.

“The simple fact is that this newspaper is not your mouthpiece. You are its mouthpiece in its virulent campaign to defeat me. Such is the shame of your present candidacy.”

The race for governor in Tennessee would only get more heated as the summer days lengthened.