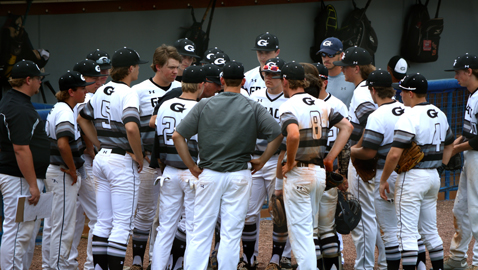 Knoxville high school baseball has spoiled us in the new millennium.

In fact, you have to go back to 2000 to find the last spring Knox County didn’t have a team in any of the TSSAA finals.

Grace Christian Academy kept the string of 16 years intact by finishing runner-up in Class A at this year’s TSSAA Spring Fling. Coach Mitch Turner’s Rams lost to Scotts Hill 8-3 in the title game.

It still felt a little strange not seeing a local team bring back the gold. Maybe that’s because Knoxville made so much noise at Murfreesboro in 2015 when Grace broke through and captured its first Class A title and Hardin Valley Academy got past perennial power Farragut for its first Class AAA crown. And Catholic also made a runner-up showing last year in Class AA.

Knoxville prep baseball sparkled at the TSSAA Spring Fling in 2014 too when Farragut and Christian Academy of Knoxville (AA) captured the gold and GCA and Catholic took the silver.

It’s extra special when two Knoxville teams square off in the Boro for the state championship, as CAK and Catholic did at the end of the 2014 campaign. And as aforementioned, the Admirals and Hawks took their fairly new neighborhood baseball rivalry to Rutherford County last year.

With so much success the past two seasons, it’s easy to forget Knoxville didn’t produce a state champion in 2013 or 2012, although Farragut was runner-up in ’13 and Jack Tate’s Bearden Bulldogs were runners-up in 2012.

Let’s not forget that South-Doyle had a part in the current 16-year streak too, as the Cherokees were Class AAA state runners-up in 2007.

Still, Knoxville enjoyed its share of success at this year’s Spring Fling.

CAK also had to clear space in its trophy case for softball.

In addition to the team honors, many athletes enjoyed the thrill of victory in individual events in tennis and track and field.

In fact, CAK’s Rebecca Story surely had to have some help returning all of her hardware to Knoxville as she was a four-time winner on the track.

But let’s not forget – just advancing to the state competition is truly a great accomplishment.

And congratulations to all who got there!