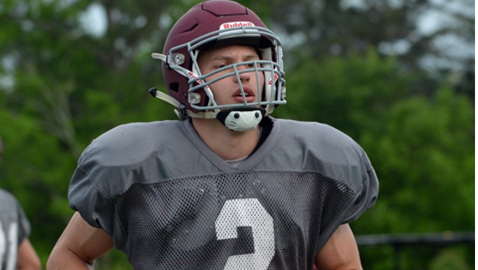 Many local high school football teams have wrapped up spring practice, while others will continue into next week.

Head coaches from nine programs in Knox County commented on their spring drills last week. All of them were impressed with their teams.

Here are a few samplings:

Bryson Rosser, Central head coach, whose Bobcats captured their first TSSAA Class 5A state championship last fall, said: “What impressed me most about the team was the players’ eagerness to learn and to get better.”

Scott Cummings, the new head coach at Halls who won a state title at West in 2014, noted: “The thing that has impressed me the most about my team is how hard they let me coach them.”

Speaking for the Hardin Valley Academy program, where Wes Jones resigned recently, Assistant Coach Andy Hibbitt said: “I think what impressed our coaching staff the most was our seniors and how they took control of the team once Coach Jones resigned.”

Rusty Bradley of Grace Christian said: “I was impressed the most by how hard our guys practiced.”

Coaches also talked about highlights and surprises, and what they feel their team will need to improve on when pre-season practice starts in July.

High school fans in our area are always hungry for football coverage. Consider the following comments as appetizers.

“I like the way our guys work daily. The team’s consistency with workouts and practice is encouraging to see.  Over time this will pay dividends for our team.

“We lost a lot of starters on both sides of the football, especially on the offensive and defensive lines, but have several players returning that saw meaningful playing time over the past two seasons. Skills positions on offense have some depth.

“I thought we had a good spring practice. We have a lot of returning starters so that really helps. Our offensive and defensive lines should be the strength of our team. We had several young players that stepped up and improved dramatically from last year so we are excited about them. We will need to improve the depth of our team moving forward.” – Head Coach Steve Matthews

“The Bobcats hit the field with a different feel and look. Graduating a very influential senior group gave the Bobcats a new look during spring practice.  During this time the Bobcats took advantage of great teaching opportunities and plenty of repetitions for some players with limited game experience. The Bobcats ended their spring practice with a very competitive scrimmage against a good Farragut team.

“What impressed me most about the team was the players’ eagerness to learn and to get better. The areas on the field in which we have some youth, those players are very coachable, very insightful and have seemed to accept the challenge in front of them, especially on the offensive and defensive lines.

“Some of the highlights and surprises this spring came from our returners.  They also have accepted the challenge of leadership and accountability amongst their peers and it is impressive to watch them lead on and off the field. Some of them also picked right back up with some of the play they showed last season during the spring and that’s a good feeling. As we continue to grow together, this will help our team create some depth at some key positions. We will continue to work on the cohesiveness of our team and putting together the best strategy to utilize our talent in a way that gives us a chance to be successful. Our strength and conditioning program, along with plenty of mental/physical reps will help us improve in the way we see fit.

“We know the challenges that are ahead after coming off the season we had as state champs and we will make sure our kids understand that and defend that to the best of their ability. As always, if we continue to do the little things off the field, we hope they will take care of big things on the field.” – Head Coach Bryson Rosser

“I was impressed the most by how hard our guys practiced. I have challenged our guys all off-season to develop better practice and training habits because that is what you revert to when you are playing. Our guys have definitely done that. The effort and focus in practice has been incredible. The highlight for me has been seeing all of our young guys develop from last fall. We had a good number of eighth graders in spring practice who jumped right in and learned a lot over the 10 practices. That was very encouraging.

“This summer we will really focus on continuing to get stronger but also get in the best shape possible. Hopefully that is where we can gain an advantage on our opponents.” – Head Coach Rusty Bradley

“The thing that has impressed me the most about my team is how hard they let me coach them. I’ve really tried to set the tone for this program to be tough and hard-nosed. They have taken the pushing and gotten better. We have good kids at Halls and the community is built to win a certain way. We have to be tough and use our strength which is size and kids that can be pushed to improve. Got to continue that push and make sure our kids are weight room strong, mentally strong, and physically tough and play with discipline. If we can continue that trend we will win. If not, we won’t. This needs to be a community program and the community needs to help us in making this program what we all want, which is to raise great quality men. Winning will be the result.” – Head Coach Scott Cummings

“I think what impressed our coaching staff the most was our seniors and how they took control of the team once Coach (Wes) Jones resigned. Our seniors did a great job of leading our younger players in a time where the team could have went south with the coaching search. We have a ton of skill position players that are coming back who could make big plays for us. Kelton Gunn plays RB/CB for us and returns kicks. Arguably the fastest player in Region 1 6A, he was the Specialist of the Year in our region last season. Jaylon Moore plays DE for us and is a game changer on that side of the ball. He’s 6-2, 240 and is as quick as a cat. He has offers from FCS schools and coaches coming from all over to take a look at him. Overall depth is something that the coaching staff will have to work on in the summer and into fall camp. We feel like our first string players can compete with any team in our region but we will have to develop some depth. Replacing a QB is another tough task and there will be a QB battle throughout summer and fall camp between senior Jacob Smith and junior Sam Simpson. We will return seven starters on the offensive side and five on the defensive side.”  – Assistant Coach Andy Hibbett

“Our defense had a good spring. We are returning some experience on the defensive line, with Neyland Fendley, Zach Forsythe and Cameron Glenn. Also returning are inside linebackers Jacob Landsman and Zach Fisher. In the secondary, Trey Hawkins, Tre Harper and Jalen Tucker return.

“Rising sophomore Jaiden Hannibal was a pleasant surprise. He’s not very big, but very athletic with good quickness. He will give us depth at quarterback, receiver, secondary and returner.

“Offensively, the quarterback will be a position that we will need to develop some experience at. Jalen Tucker, who played receiver for us last year, got a lot of reps there this spring. He is very athletic and can make plays with his feet. He just doesn’t have a lot of experience at that position.”  – Head Coach Brad Taylor

“We had a very productive spring practice. Our goal has always been to find some young players that can help us in the fall. We were able to identify four or five young guys that are ready to make a contribution on Friday nights. We have a large number of experienced players returning; however, we are always working on building depth at all positions.”  – Head Coach Clark Duncan

“Due to our low numbers, we did not have a spring practice this year. The boys spent their time in the weight room. If there is anything to report, it is they have made great strides in strength and endurance.”  – Head Coach Jordan Coopera