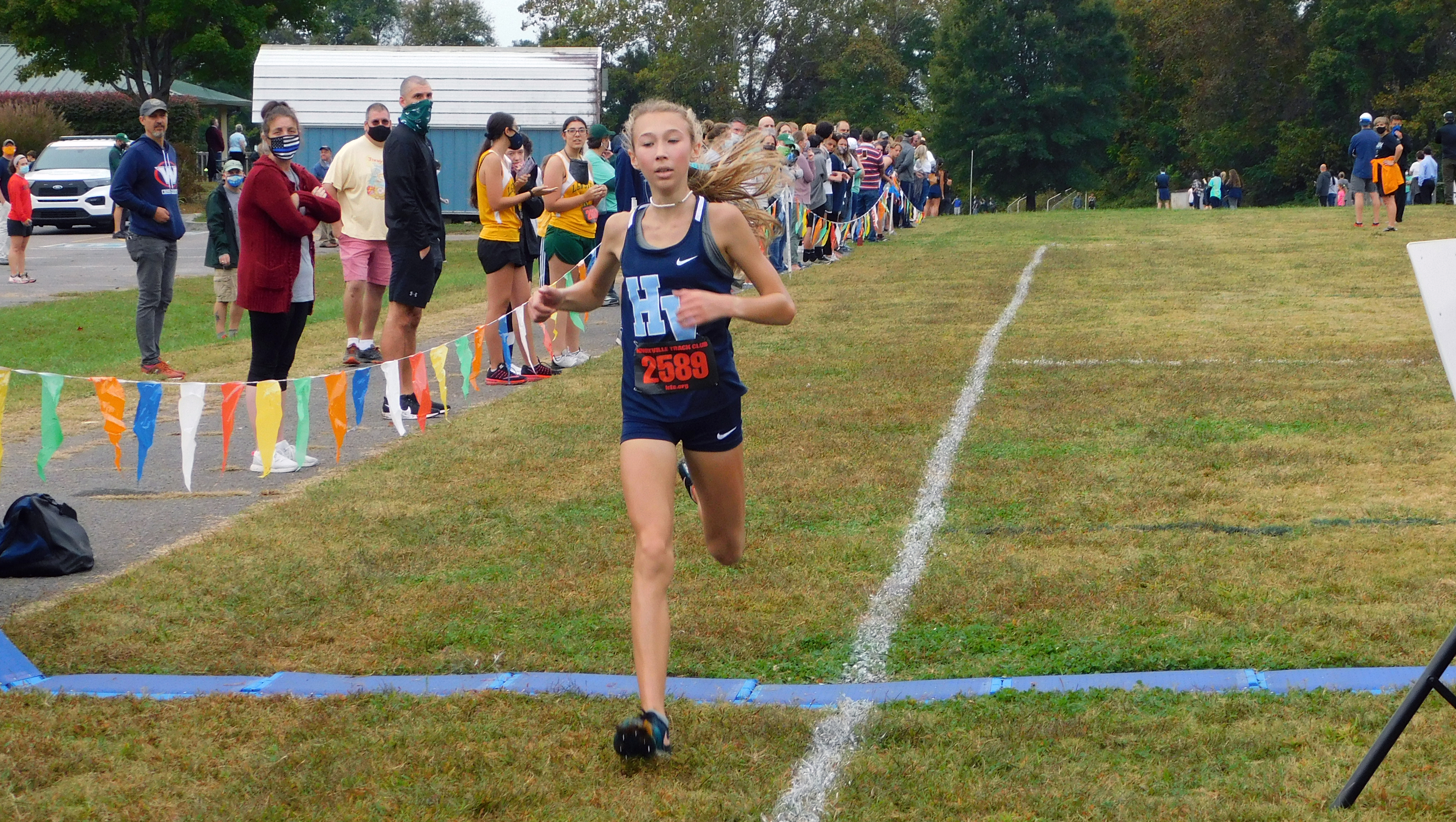 “I was pretty confident when I came into the race,” said Archdale. “I really like this course, and just from running over it in practice.”

She felt like it suited her style of running. “I felt strongly about the variations of the course – its mixture of hills and then flatness.”

So, coming into her first KIL event, she was confident and looking forward to it. “I was very excited to race today. I had a good mindset.”

As for winning as a freshman, “It’s pretty cool,” she said.

“I just know that God has my back at all times and I tell myself that all the time. It was a pretty good feeling.”

Maddie, now 14, has been running since third grade. She also competes in track.

“I always go into races thinking, ‘You can do this.’”

She said her only strategy plan was that she was “going to push it a little more on the last mile than usual.”

Archdale said she and Anna Graves, a Webb School freshman, were going “head to head” at the start. “I got the lead about halfway through and at the bottom of the second hill.”

Graves would end up taking second place with a time of 19:51.

Then two more freshmen – Kate Robinson of West and Bridgett Ebbert of Farragut, who both were clocked at 20:34.

What’s this with freshmen competing and winning over seniors and upperclassmen?

Archdale just thinks “it depends on the mindset and the training that goes into it before the race.”

Maddie’s goal for the remainder of the season is “Top 3 in region and state.”

When asked what he thinks Archdale’s potential is, Hardin Valley Coach Bryan Brown said: “It’s lights out. She’s with some of the best in the history of our program and we’ve had some pretty good girls over the years. She’s doing great.”

PERFECTION: Hardin Valley’s boys swept the top five places for a perfect score of 15, which is believed to be the first time that has ever happened in the history of the KIL boys’ meet.

“We think it is the first in boys,” said Don Madgett, president of the Metro Knoxville Cross Country Coaches Association. “The Farragut girls did it in 1983.”