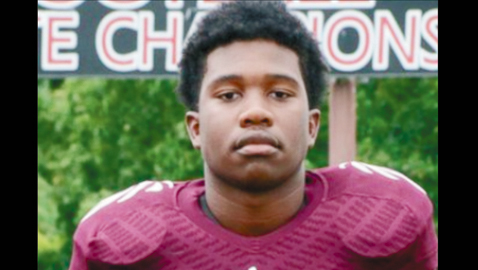 They won this one for Zae.

That was my first thought after watching Fulton win the Class AA state high school basketball championship the night of March 19.

Zaevion Dobson, who lost his life while protecting others, was an inspiration to the Falcons in their march to the title.

“I think he was,” said head coach Jody Wright the week following the tournament. “Half of these guys played football with him. Some of them were kin to him. But all of them were friends with him.”

One of them said he felt Dobson was looking down and watching them as they competed for the gold basketball trophy at MTSU in Murfreesboro. One of them cried tears of joy in an emotional celebration after the title was won.

Dobson, a 15-year-old sophomore, was shot and killed Dec. 17 as he shielded two girls from gunfire in the Lonsdale community. Zaevion and friends were innocent victims of gang activity. His act of heroism drew national attention and recognition from President Barack Obama.

FHS has honored Zaevion in many ways since he died with such bravery. Each time I drive on Woodland Avenue and pass by the school in North Knoxville I look to see “ZAE #24” flashed on the electronic sign out front. That’s one message that should never end. We should never forget this young man.

The basketball team wanted to honor Dobson, too.

I was at Murphy Center in Murfreesboro the afternoon the Fulton team took the court for pre-game warm-ups prior to its quarterfinal game against Chattanooga Central. The first things I noticed were the Falcons’ memorial warm-up jerseys. On the back of each read:

Wright believes the state championship was a shot in the arm for the entire school.

“It’s been a hard winter for Fulton with Zaevion and all that went on,” he said. “It was kind of like we couldn’t shake it a little bit. Hopefully, this gives us a rallying cry. This is something to be proud of and hopefully helps with the healing process.”

I wanted to get a picture of that special warm-up jersey each Fulton player wore. Coach Wright called assistant coach Clifton Beeler and told him I would be coming over to the gymnasium to take the picture.

Zae was known more for his play in football and had worn No. 24, but he did play basketball as a freshman during the 2014-15 season and Beeler had been one of his coaches. Beeler remembered Dobson wore No. 50.

“The number 50 is usually suited for one of the bigger players and Zaevion had broad shoulders,” said Coach Beeler.

That he did. And not just in basketball, but in life.

Beeler, his voice cracking just a bit, said that’s a “connection” he had thought about, too.