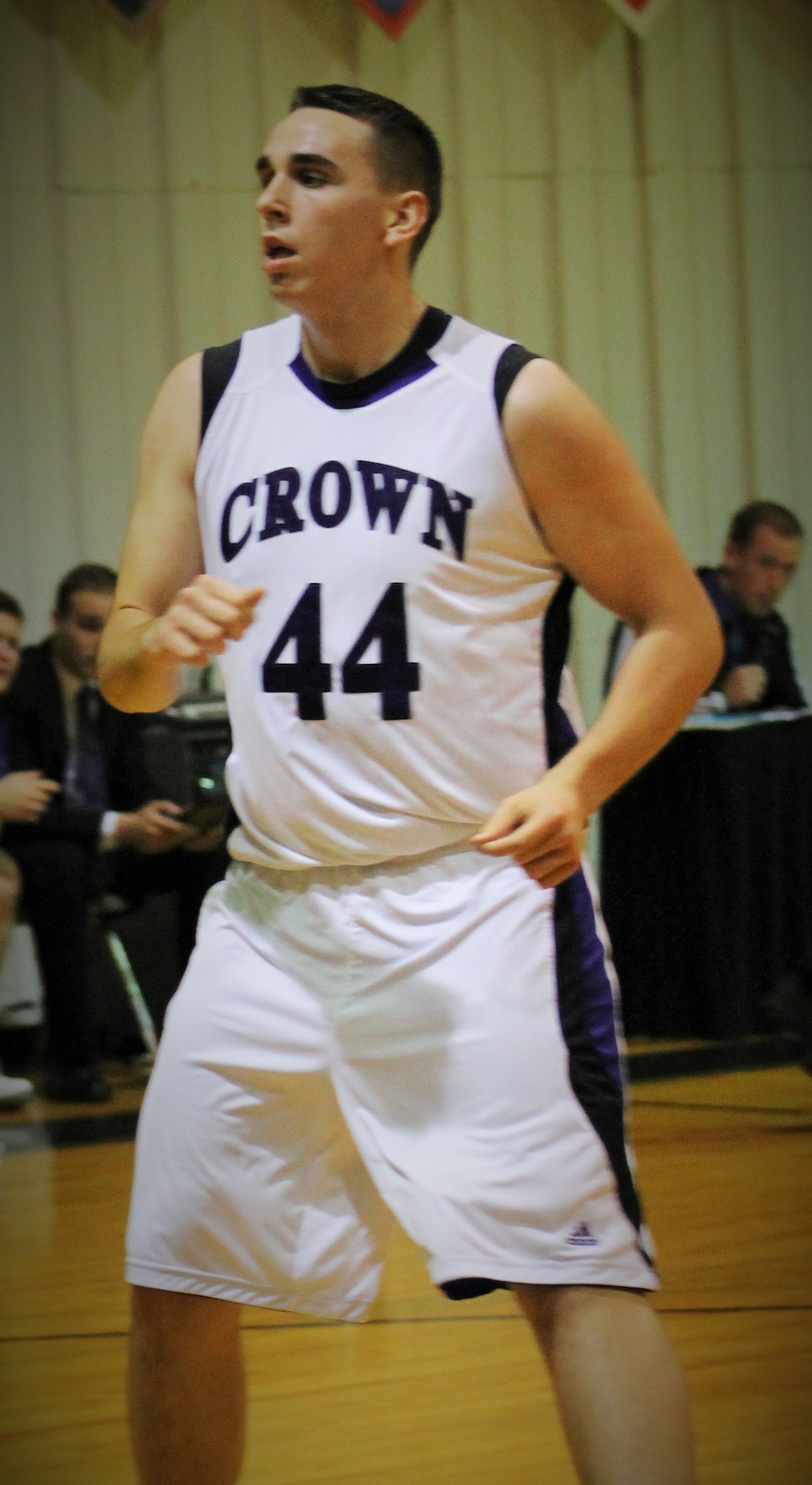 Luke Dalton put his name in the Crown College basketball record book last Tuesday night, but he couldn’t sign off on a victory against rival Johnson University.

The 6-4 sophomore from Clarksville swished in 46 points to tie a school record set over 20 years ago, but the visiting Royals managed to overcome Dalton’s big night, outscoring Crown 120-110 in the National Christian College Athletic Association Division II shootout in Powell.

Dalton tied the school mark that has been held by Travis Walls since Nov. 11, 1995. His 18 rebounds also gave him a career-high double and moved him into 19th place on Crown’s all-time rebounding list.

The two longtime foes combined for over 100 points in the first half, and then turned it up a notch. The final score looked like something from an NBA contest.

A spectacular tip-in by Dalton just before the first-half buzzer gave Crown a 52-49 lead.

Johnson erased that deficit by scoring 71 points in the second half.

The win kept Johnson tied in first place with Kentucky Christian University in the Mid-East Region at 5-1 and improved the Royals’ overall record to 8-12.

“This is my first year at Johnson University, so this was my first game against Crown,” said head coach Brandon Perry. “I’ve heard the history and how they’ve had some tough battles over the years. It was good to be a part of it and a part of this atmosphere. It was a great night.”

Coach Perry said he thought his team’s defensive pressure was the key to the win. Crown had 16 turnovers.

A victory over Johnson would have been huge for Crown, which lost its first 13 games of the season before breaking into the win column at Appalachian Bible College on Jan. 29. The Royal Crusaders (1-15) will get another chance when they play at Johnson University on Feb. 16 at 7 p.m.

In addition to basketball and his academics, Dalton has been in the National Guard for a year and a half, said head coach Jared Berry. He is averaging 20.2 points and 9.5 rebounds per contest through 15 games.

“Every game we can count on Luke to shoot 50 percent from the field, get to the rim and get the big men in foul trouble,” said Coach Berry. “He just makes great decisions with the basketball and he’s got a great shot, so when they sag on him and leave him at 15 feet, he knocks those down, too.”

Scoring inside and outside, Dalton made 20 of 34 field goal attempts and was five of seven on 3-point shots. A better night at the free throw line – he hit one of six foul shots – would have given him the scoring record outright.

Johnson also got 19 points from Gunner St. John, 15 each from Jordan McClendon and Rickey Bowen and 10 from reserve Kenton Guillion.

Crown jumped out to a 7-0 lead, but Gilpin’s second trey gave Johnson its first lead at 24-23.

Trevor King banked in a 3-point shot to put Johnson up by nine (72-63) in the second half. Crown charged back and got within two points (74-72) on Boutchia’s layup.

The Royal Crusaders, however, could never get even and Johnson built a 13-point margin on another 3-pointer by Gilpin at the 9-minute mark. The Royals surpassed the century mark with over seven minutes remaining.

“It’s always a crazy game, going back and forth,” said White after facing Crown a third time in his college career. “It’s a great rivalry, always fun and I can’t wait to play them again.”