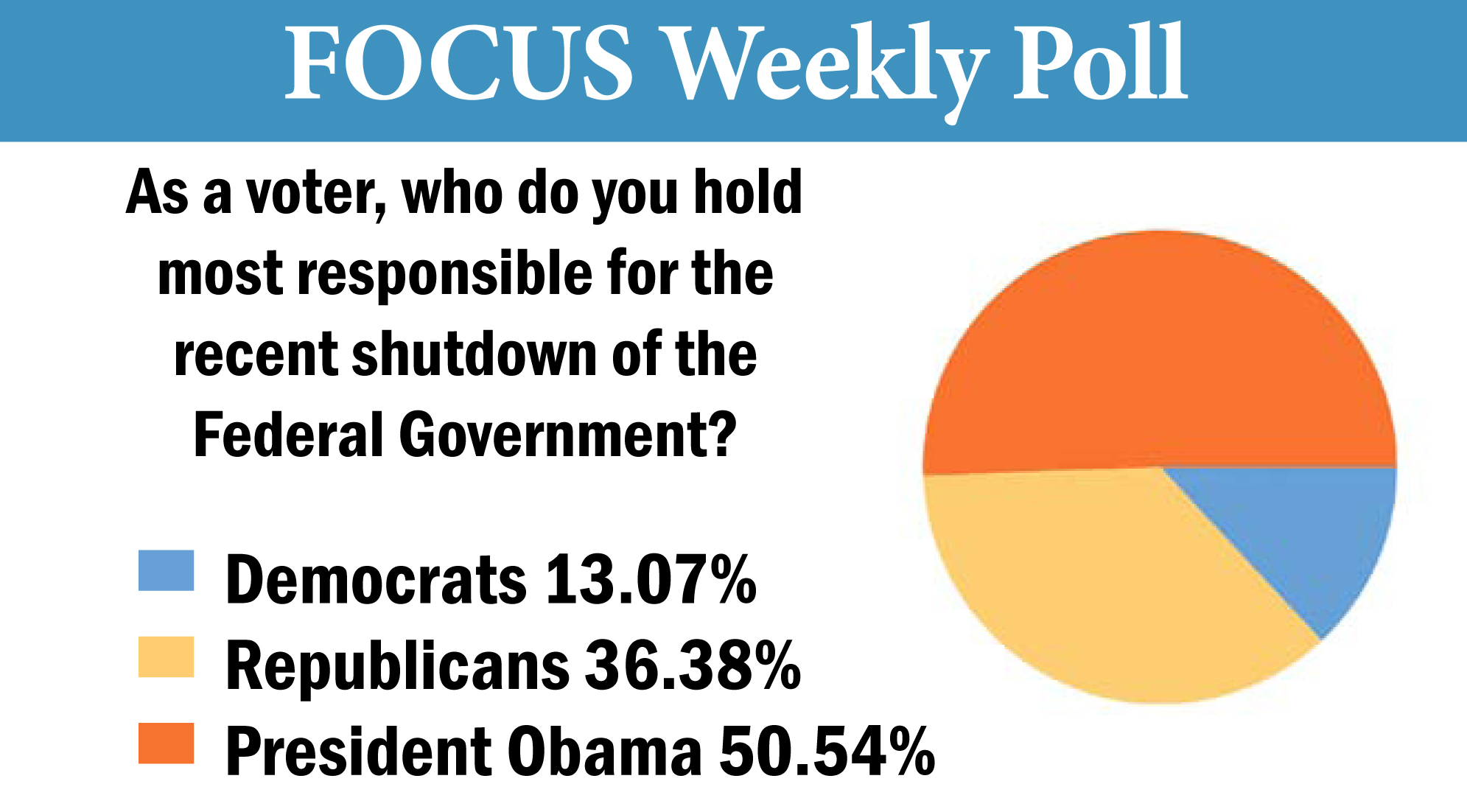 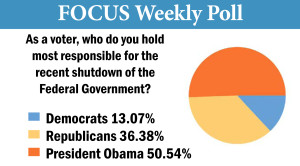 Knox County residents feel there is plenty of blame to share in the recent shutdown of the government.

This week’s Knoxville Focus poll asked the question, “As a voter, who do you hold most responsible for the recent shutdown of the federal government?”

Slightly more than 50% of respondents said President Obama was to blame; Just over 36% said they believe the Republicans in Congress deserve the blame; the remaining 13% said Democrats in Congress are responsible.

The highest percentage holding the GOP accountable was the First District.  Almost 66% of First District voters said they believe the Republicans in Congress are to blame for the government shut down.

The highest percentage of voters holding President Obama responsible was in the Eighth District, with almost 64% of voters blaming the president.

When divided between President Obama and Congress, voters were almost evenly split.