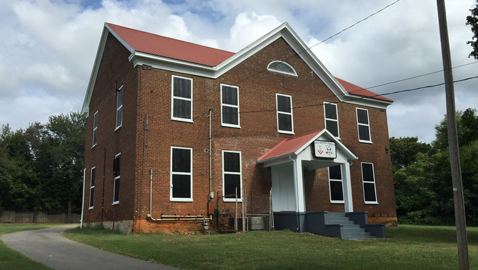 If you’re new to Knox County or a native-born resident you may have wondered about place names and how the names were chosen. There is some confusion over some of the place names and little is known about the origin of other names.

Take Powell Station for instance. The growing area just north of Knoxville is an old settlement site and some say it was named for Columbus Powell who settled there. “Station” was a name used for communities and even fortified homes in the 1700s.

Others believe it was called Powell Station because of Powell Valley or even for the railroad station that was once there.  Other communities and neighborhoods in our area carry the “Station” name, such as Knox County’s Kingsley Station, Campbell Station, Tipton Station and Bean Station.

Corryton would seem to be named “Corry Town” originally but it wasn’t. The name comes from Corryton Woodbury who tried to establish a town there. Originally called “Floyd” the growing community east of Gibbs is a rural viable community.

Gibbs was named for early settler Nicholas Gibbs and his home stands yet today. The new middle school, the elementary school, and the high school there carry that name. Yet there’s some confusion between Gibbs and Harbison Crossroads.

The community of Gibbs was originally known as Harbison Crossroads, named for the family of James Harbison, a Revolutionary War veteran who settled there in the 1790s and operated a toll gate there. The “Crossroads” comes from the junction of Emory Road and Tazewell Pike there.

The Bonnie Kate area in South Knoxville is named for one of the wives of Governor John Sevier. She and Sevier’s first wife, Sarah, who died shortly after giving birth to their 10th child, are buried with Tennessee’s first governor in the lawn of the Old Knoxville Courthouse downtown. “Kate” was actually “Catherine” and Bonnie Kate was Sevier’s nickname for her.

Vestal, the home of Candora Marble Works, was named for the family of Mary Vestal and her two sons.  The brothers owned a lumber yard which operated until 1970. The Mary Vestal Park there preserves the name as does a local church.

Concord, on the waters of Lake Loudon, was a thriving community that served as a shipping point for the marble industry. Apparently named for the Concord Presbyterian Church there, “Concord” was a popular name meaning an agreement and often used in the names of churches. The church began in 1798 when Rev. Samuel G. Ramsey began holding services in a log cabin.

The Chota Masonic Lodge is in Concord. Chota is a common term used by the Cherokee and Chota, or Echota, was the principal town of the Overhill Cherokee near present cay Vonore. Chota is also used as the name of the lakeside community in West Knox County.

Halls, or Halls Crossroads, like Harbison Crossroads, is aptly named as Emory Road crosses Maynardville Highway there. Founded by the Thomas Hall family the northern suburb of Knoxville, which many think is within the city limits, is not part of Knoxville but Knox County.

Robinson Crossroads, on the Pellissippi and Hardin Valley Road, also carries the “Crossroads” designation. It is now the home of Pellissippi State University and a growing number of West Knoxville subdivisions.

Karns is named for the first superintendent of public schools in the county, Professor Thomas Conner Karns. Ball Camp is named for an early long hunter Nicholas Ball, who camped there.

The town of Farragut was named for America’s first Admiral, David Farragut, who was born nearby. Prior to then the community was known as Campbell Station.

Knoxville and Knox County are named for Gen. Henry Knox, a Revolutionary War hero and friend to President George Washington. Many other places are named for him including Knox Counties in Ohio and Kentucky.

If you know the basis for the naming of Solway, Burlington, Corinth, Tuckahoe or other Knox County communities we’d love to hear from you. You can email steelym@knoxfocus.com and share your information.