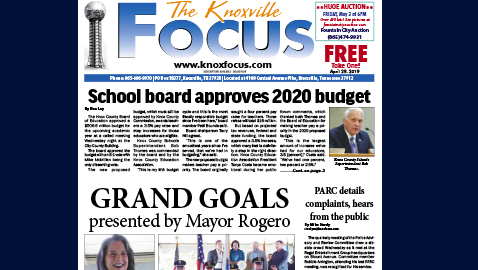 “We still have a lot to accomplish,” Mayor Madeline Rogero told the large audience attending the “State of the City” budget address Friday.

She also said she and her staff are “gearing up for a smooth transition” with whoever is elected as the city’s new mayor. At least three of the four announced candidates were in attendance.

The mayor indicated the city is moving forward in the plan to purchase the former St. Mary’s Hospital and, on May 7, she said plans will be presented on the facility which would house police and fire departments, city courts and the pension office.

She also announced a community summit later this summer to deal with mental health and drug and alcohol addiction.

The mayor also spoke of the growing number of interconnected greenways and said that a portion or lane of the James White Parkway will be designed a greenway to connect the north and south together.

“These are grand goals for a sustainable future and the quality of life,” Rogero said.