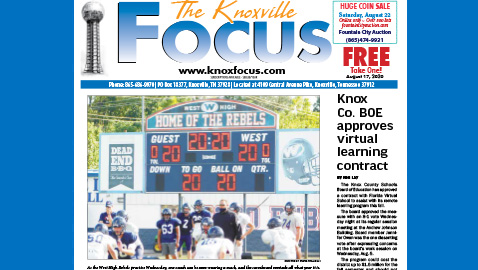 The season opener is days away and his feelings could change as kickoff time nears Friday night.

After all, Central’s football team has won back-to-back Class 5A state championships and it will be Nick Craney’s first time on the sidelines as a high school head coach.

He’ll be close to 85 miles from friendly Fountain City, too.

But when asked if he was feeling any pressure, Craney didn’t gulp or blink.

“I feel excited first and foremost,” he said from his coach’s office after a preseason morning practice. He also was sitting behind the same desk that Bryson Rosser had occupied the past six seasons, during certainly one of the most successful eras in the school’s proud history.

Craney said he feels fortunate to be part of a program that has had success on and off the field. He’s also proud to have helped build the current foundation of that program

When Rosser left Central for family reasons, Craney was named interim head coach and let it be known he wanted to continue the program’s “family” foundation.

“I’m extremely excited and honestly the pressure is not something that I’m going to worry about,” said Craney. “I don’t feel the pressure right now. I’m sure some of our kids may. For the most part, we’re showing up and working and taking care of what we can control.”

Craney and the Bobcats will open the 2020 season at Cleveland, which has won state titles too in past years.

Craney was asked what the biggest challenges had been during the coronavirus pandemic.

“Honestly, in the summer and off-season, we don’t just talk about this place being a family, we really try and live that out,” he replied.

But this summer, Craney pointed out the Central team didn’t get to go to FCA camp at Cookeville for a couple of days and nights. He said that’s where “relationships” were grown “that really have made a difference for us the last couple of years down the stretch.”

Craney said the team has worked through the football side of things, although going through the “no contact was tough and not realistic to what football is.”

Craney added the combination of not having spring practice, 7 on 7 games, preseason scrimmages or a jamboree puts teams behind and particularly a team with a new head coach and offensive coordinator like Central.

“We recognize this is a trying time and an unprecedented time,” said Craney. “What we talk about all the time within this program is controlling what you can control and not letting the things outside of you control and take away from your focus, your work ethic or your discipline. For us, it is unfortunate, but we’ve got to keep on rolling. We’re not going to dwell on it.”

RIVALRY THURSDAY: The first high school football game of the season will match Gibbs at Halls in a televised game on MyVLT Thursday night at 7.

In addition to Central at Cleveland, 10 other games involving local teams will be played Friday night, starting at 7:30.

Week 1 will conclude with a Saturday night contest pitting Fulton at South-Doyle.

CANCELLATION: Powell’s season opener at Greeneville was cancelled by Greeneville due to the coronavirus. Powell receives a win by forfeit.

The Panthers will play at Anderson County on Aug. 27 in the Week 2 Rivalry Thursday TV game.

(See the complete Week 1 local high school football schedule and the final batch of 2020 prep previews in this week’s Sports and Recreation section of The Focus.)