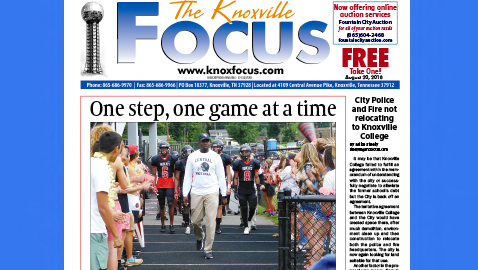 City Police and Fire not relocating to Knoxville College

It may be that Knoxville College failed to fulfill an agreement within the memorandum of understanding with the city or successfully negotiate to alleviate the former school’s debt but the City is back off an agreement.

The tentative agreement between Knoxville College and the City would have created space there, after much demolition, environment clean up and then construction to relocate both the police and fire headquarters. The city is now again looking for land suitable for that use.

Another factor in the proposal was money. Deputy Mayor David Brace notified the college that the school faces a $6 million debt and the city’s estimated cleanup and construction is estimated at about $5 million.

Brace said the search for a new location will not delay the “much-needed replacement of the outdated Safety Building “ or delay the Clayton Family Foundations plans to build a $150 million science and discovery center on the grounds of the Coliseum, Auditorium and Safety Building.

Currently the city has pledged $40 million for a new police and fire headquarters.

“The City is disappointed that this agreement was not able to advance in a timely manner,” Brace said, adding that future talks about partnership with Knoxville College on other projects is possible.