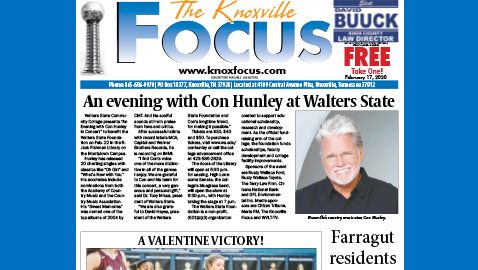 The Farragut Mayor and Board of Aldermen met on Thursday, February 13 with a brief agenda of business concerning two ordinances and three business items. The bulk of the meeting concerned the Verizon application for 5G small cell antennas that would be placed in residents’ front yards. In both the town administrator’s report and the town attorney’s report a vibrant discussion of what the Town of Farragut was doing regarding the Verizon application of January 16th to begin the 5G rollout in Farragut.

Town Administrator David Smoak told the mayor and aldermen that state Representative Jason Zachary and state Senator Richard Briggs have filed a caption bill in the Tennessee legislature to protect the residents of Farragut from having 5G small cell antennas in their front yards but much work still needs to be done.

Town Attorney Tom Hale reported that the town was doing the best it can to represent the residents on the 5G issue but its hands were tied due to the Federal FCC law of 1996 and the Tennessee state law of 2018. Attorney Hale said the most important thing to be done is to change the state law.

Christofferson said, “In this country you don’t get things rammed down your throat that you don’t need or you don’t want. That’s not what this country is built on.” Then Christofferson informed the mayor and aldermen that Switzerland had pulled the plug on its 5G construction in its country because there was no evidence the technology was safe to people and animals. Christofferson closed in saying, “You cannot let us down.”

The next resident to speak in Citizens Forum was Laura Feynman who agreed with Christofferson that the residents of Farragut were being bullied. She said you couldn’t go outside without a neighbor running up and saying they’re coming to put these 5G antennas in our yard. Feyman said it was not unreasonable to put the onus on Verizon to prove that this technology was safe. Vice Mayor Louise Povlin told Feynman that the Telecommunications Act of 1996 prevents the Town of Farragut from regulating 5G on the basis of health effects. It should be noted that the first 2G IPhone was not introduced until 2007 and that in 1996 the frequency of cell phones was at the 2G standard of 1,900 MHz (megahertz). 5G cell phones operate at a frequency of 28,000 to 100,000 MHz. The FCC has not yet reviewed any medical studies on the safety of 5G cell phones to humans and animals although there are many to review.

The last speaker in Citizens Forum was Laura Squires. Squires told the board that the town was at day 28 of the state law mandated 60-shot clock and asked what should be done in the remaining time. The 60-day shot clock is part of the 2018 Tennessee 5G state law that says a town or city or county has 60 days to approve the 5G application or it automatically is approved on day 61. Vice Mayor Povlin said she did not know where the shot clock was at. Town Attorney Tom Hale informed the mayor and aldermen that while the residents and the town had understood the 60-day shot clock was at day 28 Verizon had informed him that the shot clock had expired in their opinion.

When the Farragut Municipal Planning Commission approved the Verizon application on January 16 there was a list of subject to requirements to be completed by Verizon. Hale explained the Verizon position is the clock began the day Verizon submitted the application. Verizon claims the planning commission has no right to review the 5G application.

Attorney Tom Hale also disclosed the town had received a letter from Attorney Don Vowell stating that the Verizon application for 5G small cell antennas in residents’ front yards is a violation of state law.