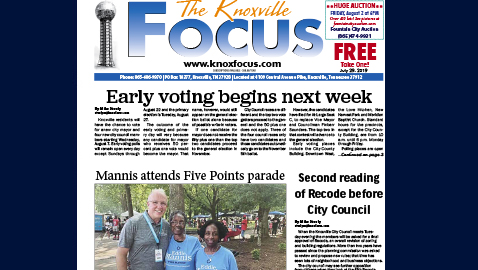 When the Knoxville City Council meets Tuesday evening the members will be asked for a final approval of Recode, an overall revision of zoning and building regulations. More than two years have passed since the planning commission was asked to review and propose new rules; that time has seen lots of neighborhood and business objections.

The city council may see further opposition from citizens when they look at the fifth Recode draft again. While several alterations have been made in an attempt to get the regulations to become law, the latest, and most controversial, may be the exemption of higher income neighborhoods, or Established Neighborhoods, from accepting accessory dwellings.  That changed in the last council meeting when Councilman Andrew Roberto said he would not support Recode unless the ENs, like Kingston Pike’s Sequoyah Hills, were given a chance to not participate.

The initial intent of permitting accessory dwelling units, such as a smaller house behind a dwelling for relatives,  in all residential neighborhoods made it all the way to the first reading. Roberto’s move switched a yes vote to a no and the change passed 7-2.

Recode is the sixth item on the second reading agenda but should get the most attention. There is some suggestion that Roberto’s change needs to go back to planners to be incorporated into the Recode regulations.

A look at the Recode zoning map, in its fourth revision, is also on the agenda for a first reading. The language on the agenda is exactly the same as the text for the Recode regulations second reading but the City Law Department informed The Focus that the item is actually the map being up for consideration by the council.

Also on the agenda: The council is also being asked by the law department to make any shared mobility vehicles illegal unless the providers operate in accordance to the city’s pilot program.

Two different agenda items deal with the city’s purchase of the former St. Mary’s Hospital just off Broadway. One resolution calls for contracting Messer Construction for construction management for the redevelopment of the site. The other item increases a contract with Volkert Inc. from$227,000, to $1.6 million for management of planning design, bidding and construction of the new Public Safety Complex there.

Two zonings are up for final approval including 5703 Jackson Avenue, which would move from R-1 to R-2, and 114 Cedar Lane, which was a dental office and would move from Office zoning to C-3 Commercial.