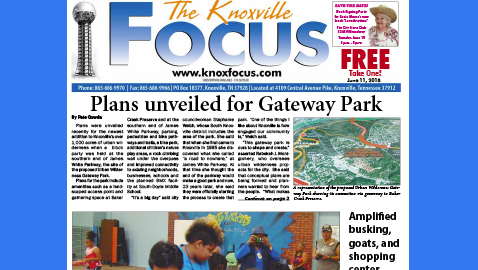 The Friendly Readers and the Walter P. Taylor Boys and Girls Club hosted a bus tour that showed the club members some parts of the historical Knoxville landscape on Saturday, June 2.

The tour went past Knoxville College, the Alex Haley Statue on Dandridge Avenue and went through parts of Downtown Knoxville, other parts of East Knoxville, Lonsdale and Mechanicsville.

The tour was part of the Educational Strategies to Combat Anticipated Prison Entrance (ESCAPE) Program, which employs innovative strategies to help keep inner-city youth out of the prison system.

The Friendly Readers Book Club adopted the Walter P. Taylor Boys and Girls Club nearly two decades ago. The club began the ESCAPE Program in 2016 after viewing a presentation by author, associate professor and civil rights activist Michelle Alexander, who wrote “The New Jim Crow: Mass Incarceration in the Age of Colorblindness,” which was published in 2010.

At that presentation in Nashville, Alexander challenged the audience to change the epidemic of incarceration.

So the 11 retired educators and professionals who comprise the Friendly Readers Book Club went to work.

“We adopted the Walter P. Taylor Boys and Girls Club some years ago and our objective is to influence these young people by exposing them to educational and community involvement,” said Geraldine Taylor, a retired educator in Knox County, who remains an advocate for the community’s youth.

Booker said that he was privileged to narrate the tour.

“We have kids today who are between the ages of five and 12,” Booker said. “We want to show them part of their community and heritage. This is important but they may not fully grasp all of the today.

“They may come back later and then that light bulb goes off and they remember being here.”