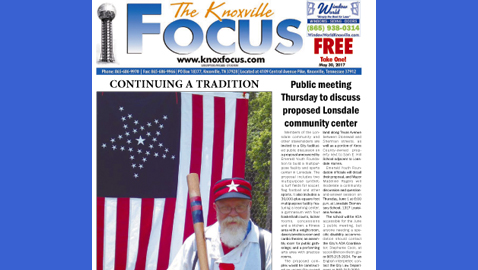 People in Knoxville have the privilege of seeing how the national pastime of base ball (original spelling) was played back in the 1860s when it was much more of a gentleman’s game.

The field behind the Historic Ramsey House serves as the home field for the Knoxville Holstons and the Emmett Machinists. These two teams and ten others in eastern and central Tennessee make up the Tennessee Association of Vintage Base Ball and they play according to 1864 rules.

The Machinists were first mentioned a short while later when the July 6, 1867 edition of the Knoxville Daily Free Press reported on that year’s July 4th game between the two teams. The article stated: “The Emmett Club has been organized but a short time and is composed of machinists and operatives in the railroad shop. “As to the game the newspaper stated: “It was closed at the fifth inning when the score stood Holston 65, Emmett 12.”

Scoring in those early games was much higher than in modern baseball as evidenced by the above high score and the scores in the state championship series that year. The Holstons won the 1867 state championship by defeating the Mountain City Club of Chattanooga in a best of three series. In the first game of the series it was Mountain City 79 and the Holstons 50. The Holstons were victorious in the second game by a score of 52 to 31. Newspaper accounts did not give the score of the third game in which the Holstons were victorious.

Vintage base ball teams play with uniforms and equipment of the 1860s. As evidence, it is a gentleman’s game where the pitcher delivers the ball underhanded in such a manner that the batter or “striker” can hit it. Also, the calls made by the umpire or “arbiter” are often more of a consensus than a judgment call with the arbiter sometimes asking the opinion of the opposing teams and spectators before rendering a decision.

The game is played without gloves and the catcher wears no protective equipment. Players have colorful nicknames such as Skeeter, Stove Pipe, and Molasses. A fly ball caught on the first bounce is an out. There are no called strikes or balls. The striker stays at the plate until either he hits the ball or swings and misses three times. A well hit ball can draw cries of “well struck” and the striker is urged to run faster by cries of “Leg it.”

The arbiter marks each out by hanging a colorful bandanna handkerchief on the chicken wire backstop. With each out the he cries “One hand dead,” “Two hands dead” or “Three hands dead.” The arbiter is usually dressed in the fashion of the day in ascot tie, vest with watch chain and bowler hat.

The vintage base ball field is unlike the manicured level field of modern baseball. The field behind Ramsey House has a steep slope to right field. There is only one game ball. If it is hit into the woods, play is stopped until the ball is found.

The next games at Ramsey House are on Saturday, June 3 when the Machinists take on the Franklin Farriers at noon and the Holstons play the Stewart’s Creek Scouts at 2:30. So grab some folding chairs and sun protection and come on out to see how the game was originally played. It’s free and refreshments are available.