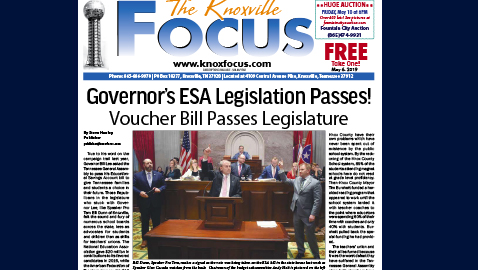 True to his word on the campaign trail last year, Governor Bill Lee asked the Tennessee General Assembly to pass his Educational Savings Account bill to give Tennessee families and students a choice in their future. Those Republicans in the legislature who stuck with Governor Lee, like Speaker Pro Tem Bill Dunn of Knoxville, felt the sound and fury of numerous school boards across the state, less as advocates for students and children than as shills for teachers’ unions. The National Education Association gave $20 million in contributions to its favored candidates in 2016, while the American Federation of Teachers gave roughly $12 million to its endorsed candidates. From 2017-2018 The NEA had spent more than $19 million, while the American Federation of Teachers has spent in excess of $10 million. It’s not uncommon to see state organizations to spend liberally in local races, hoping to influence decisions on pensions and benefits, all of which are paid for by the taxpayers. In fact, legislators were besieged and lobbied by school board members whose association is funded entirely through taxpayer dollars. The politics continues to swirl after a fierce fight inside the legislature. Knox County Board of Education member Jennifer Owen has issued a full-throated call for candidates to challenge those who did not hew to the line favored by the teachers’ union. Patti Bounds is being urged to challenge Bill Dunn, the champion of choice for children in Tennessee, inside a Republican primary.

The ESA legislation approved by the Tennessee General Assembly only affects those schools in three districts, including Shelby and Davidson counties that are failing. Knoxville has its own schools that are failing. Tara Scarlett, writing in the Nashville Tennessean noted “80% of our students graduated high school on time”, but “this same report also shows that three out of four MNPS (Metro Nashville Public Schools) students did not score a 21 or higher on the ACT…” That is the state’s marker “and a widely accepted indicator of” both “college and career readiness. Ms. Scarlett’s article grew even more alarming when she shared “the state assessment indicates 89% of our high school students are not proficient in grade level math; and 81% are not proficient in grade level English Language Arts. Tara Scarlett’s article concluded as the Metro Nashville Public Schools continue to pass out diplomas “even as our community is confronted with data that tells us only 25% of these students are actually ready for the next step.” Scarlett ruefully noted the “reality is that the other 75% of MNPS students will likely struggle to find and keep a job that pays a living wage, or will spend their first year at college or university in remedial courses.”

Those statistics are not confined to Davidson County and Nashville alone. Shelby County and Knox County have their own problems which have never been spent out of existence by the public school system. By the reckoning of the Knox County School system, 89% of the students attending magnet schools here do not read at grade level proficiency. Then-Knox County Mayor Tim Burchett funded a heralded reading program that appeared to work until the school system larded it with teacher coaches to the point where educators were spending 60% of their time with coaches and only 40% with students. Burchett pulled back the special funding he had provided.

The teachers’ union and their allies fumed because it was the worst defeat they have suffered in the Tennessee General Assembly since both chambers have had Republican majorities. The only similar loss was when the teachers’ unions could not stall or defeat the education reform legislation sponsored by then-Governor Lamar Alexander. Considering the teachers and their unions have usually managed to have their way with issues involving charter schools and vouchers, it is all the more remarkable newcomer Bill Lee was the governor who made history in allowing families and students to have a choice in deciding their educational future.