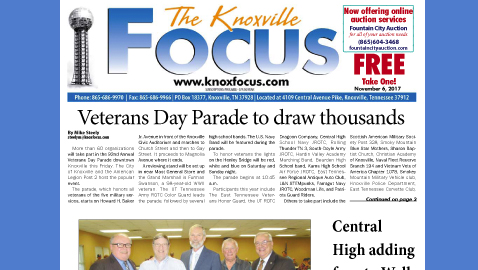 In an evening that filled the house at the Corryton Senior Center, Commissioner Dave Wright kicked off his campaign for the state legislature. Surrounded by fellow citizens, elected officials and retiring State Representative Harry Brooks, Commissioner Wright seemed to know everyone who attended.

Prior to the beginning of the event The Focus asked Wright for something most people don’t know about him.

“I live on the same road where I grew up within sight of the silo at home and across the road from where my grandfather plowed with a team of horses,” he said.

Dave Wright was described by Brooks, whom Wright hopes to replace, as a person of “morality, faith and ethics” and called those qualities “a solid base.” He called Wright a great commissioner and good commission chairman.”

Wright returned the compliment saying that Brooks “did a great job for 16 years.” He also said that Brooks showed him what it is like to be in the legislature.

Brooks said he’s retiring because he and his wife “aren’t getting any older, just slower.”

Wright said that the best of Knox County is setting in the room and called out Jack Huddleston for his work on the crossing and traffic light at Gibbs and Focus Publisher Steve Hunley for his success in getting a Gibbs Middle School.

“It takes people like that,” Wright said, calling on those present to “get out, work and vote for me.” He also recognized his wife, Pat, and said they were high school sweethearts and she stayed with him through the U. S. Army, where he served as a Lieutenant, and during his AT&T career.

Wright was appointed to the Knox County Commission in 2008 and was re-elected, serving a six-year term as 8th District representative. The life-long Corryton resident he graduated from Gibbs High School and earned a BS in Management from UT. He served in Vietnam as an Army officer and is retired from AT&T.

Wright is the son of a dairy farmer, was a Boy Scout, a Mason and is a Methodist. Dave and Pat have one son, Bill, and a grandchild, Ansley.