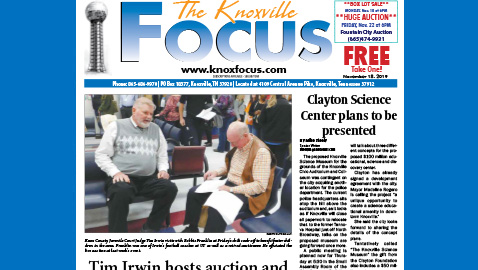 The proposed Knoxville Science Museum for the grounds of the Knoxville Civic Auditorium and Coliseum was contingent on the city acquiring another location for the police department. The current police headquarters sits atop the hill above the auditorium and, as it looks as if Knoxville will close all paperwork to relocate that  to the former Tennova Hospital just off North Broadway, talks on the proposed museum are going forward once more.

A public meeting is planned now for Thursday at 5:30 in the Small Assembly Room of the City-County Building where Jim Clayton and BarberMcMurry Architects will talk about three different concepts for the proposed $100 million educational, science and discovery center.

Clayton has already signed a development agreement with the city. Mayor Madeline Rogero is calling the project “a unique opportunity to create a science educational amenity in downtown Knoxville.”

She said the city looks forward to sharing the details of the concept plans.

Tentatively called “The Knoxville Science Museum” the gift from the Clayton Foundation also includes a $50 million endowment to support the proposed center’s operations.