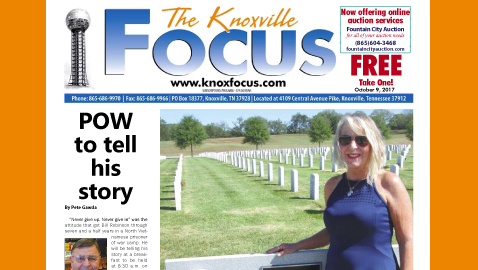 If you’ve been to the East Tennessee Veterans Cemetery on Governor John Sevier Pike over the past few years you may have noticed there are few places to sit town. For some time one long bench was located near the ceremonial building but none in or around the grounds.

That fact came home to one woman a couple years ago and she decided to raise money and buy four benches. Those benches were dedicated in ceremonies Friday.

Jane Cade Young, wife of the late radio personality “Your Dave Young” of WIMZ, learned that finding benches and placing them would be a drawn out process. Dave Young was a Vietnam veteran and well known to lots of people in the area including Congressman John Duncan, Jr.

So Jane Young got busy. She’s WIMZ’s Marketing Consultant and the station pitched in with a fundraising promotion. The listeners responded and so did Dunlap RV, Garza Law Firm, and the East Tennessee Veterans Memorial Association.

She found a manufacturer who could build the benches and make them similar to the lone “Boy Scout” bench already there. Her “Benches for Bravery” campaign was coming along but still she didn’t have permission to place the seats.

Then she turned to Congressman Duncan who pushed the approvals along. The idea of benches apparently caught on because both East Tennessee Veterans Cemeteries, including the one on Lyons View Pike, now have some more benches courtesy of the state.

When Duncan arrived at the cemetery last week Jane Cade Young was the first to greet him and thank him for his support.

The congressman spoke briefly at the gathering, recognizing the woman for her effort. Tennessee’s Veterans Commissioner, Many-Bears Grinder, also spoke and noted that burial in the cemeteries are not by military rank.

WIMZ’s Billy Kidd hosted the event that included the Patriot Guard Riders in a flag parade, prayers by Rev. John Gill, and music by Jay Mack and Stevie Jones.

During the ceremony white doves were released by Townsend Dove Release and filled the sky.

East Tennessee Veterans Cemetery Director Kevin Knowles told The Focus that the cemetery is growing and 3,000 new spaces and 1,000 cremation spaces are being added. Duncan said he’d been there several times and was amazed at the number of graves since his last visit.

The benches placed by Jane Young sit around the flag pole in the center of the cemetery. Plaques on each of the four benches honor those buried three. One of the plaques simply reads:

“This bench is placed in memory of Radio Personality ‘Your Dave Young,’ Vietnam Army Veteran, and is made possible through the support of 103.5 WIMZ, Dunlap RV, East Tn Veterans Memorial Association and the donations of men and women in our community.”