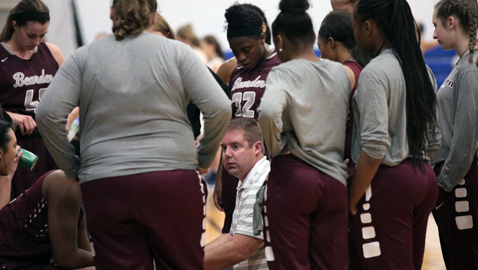 “I don’t think many people saw us as 24-1 and ranked No. 4 in the state,” said Underwood via email last week. “These young ladies really enjoy each other but have a very focused work ethic about them.”

The Lady Bulldogs captured the District 4-AAA regular season title and the No. 1 seed in the district tourney and also earned an automatic berth in the upcoming Region 2-AAA tournament.

“I think this group has the potential to make a deep run in the postseason,” said Underwood. “In playoff basketball you have to be ready every night and have a little luck here and there.”

Lee, Arnwine and Rij were named to the All-District 4-AAA team, while Soldner, Davis and Spikes received honorable mention.

Underwood says “balance and leadership” have been strengths of his team.

“We have a great mix of inside presence and outside threats,” he noted. “These young ladies play so hard for each other. The seniors do a fantastic job leading our program and setting our expectations very high.”

Bearden’s lone loss in the regular season was to Hardin Valley Academy. Underwood feels his team has responded well since that setback.

“That was the first opportunity for some girls in our locker room to see how they deal with adversity from a loss,” he said. “Although we have had some very close, tough games, we have found a way to win, which I think is important this time of year.”

NOTHING’S CHANGED: As District 3-AA tourney time neared last week, John Fisher, head coach of Fulton’s highly regarded team, said: “We will just be trying to win every game and play as hard as we can. The expectations do not change.

“I think we have improved and hope for continued improvement. A lot of the post-season has to do with matchups.

“It’s very difficult to make it to the state tournament, but I think we have the ability to make it. You always have to have some breaks fall your way. Hopefully, we will put ourselves in a good position to get there.”

After district play, Fulton hopes to advance in the Region 2-AA tourney. Austin-East will host the region semifinals and finals.

District 3-A, which includes Grace Christian, will have its girls finals Tuesday night and boys finals on Wednesday night.