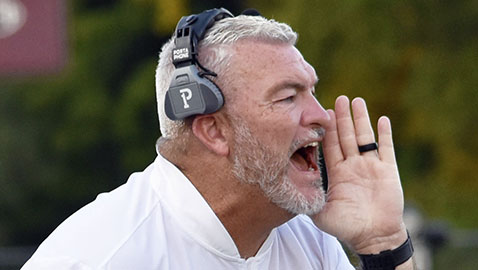 Rob Black made one of the toughest decisions of his life last week.

Black, a member of the Greater Knoxville Sports Hall of Fame, won consecutive state championships as Fulton’s head coach between 2012-14, played for the Falcons under then-head coach Steve Brewer. He graduated from Fulton in 1984.

He was offensive coordinator at the school under Buck Coatney between 1992-2011 before he became head coach.

But his roots in Fulton football lore go back much further than that. His father, Bob, has been associated with Fulton for decades as a football coach and athletic administrator.

The football field bears Bob’s name and he was around the program for years and coached alongside his son.

Black has been around Fulton football for as long as he can remember.

“I was the water boy and the kicking tee boy here from the time I was about five,” Black said. “I’ve been here a long time but I wouldn’t have wanted it to be anywhere else but Fulton High School.”

Black was a part of six state championship teams as a head coach or offensive coordinator.

In his 11 seasons as the Falcons’ head coach, Fulton made the playoffs 11 times and he compiled a record of 103-36.

But the most important things to Black are his relationships with his players and coaching staff.

“There are some things that I’ll miss,” he said. “I have a great relationship with these kids. I love them and I try to treat them all like my sons. I will also miss the relationships with my coaches.

“I’ll miss that feeling that you have in the locker room.”

Black plans to remain at Fulton where he teaches driver’s education and says he currently has no plan to go back to coaching.

“Right now, I don’t have any plans to go back into coaching,” he said. “I’m going to hang around here and we’ll see what happens.”