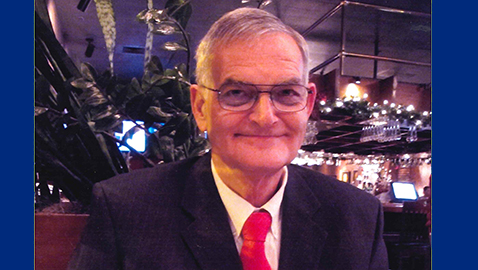 Lynn Redmon was one of a kind

Lynn Redmon, a longtime political activist and president of the Norwood Neighborhood Association, passed away last week. Tributes are pouring in from people of both political parties for the man who was known as a defender of neighborhoods and a supporter of causes and candidates.

“Lynn was a great guy who helped many people and supported many causes and organizations in the city and county. He was always fair and had courteous etiquette when championing a cause, often for the northwest part of our city and county. He will be sorely missed as an exemplary leader and much more.” – Councilman Mark Campen.

“I remember Lynn as being a very passionate community leader. We spoke often when I was on the planning commission and he was a good community servant for the Norwood Community.” – Charles Busler, 7th District Commissioner

“Lynn was a friend of mine who treated all with respect. He loved helping others. He was a concerned citizen who wanted the best for Knox County. He will be dearly missed.” – Bob Thomas, Commissioner At Large, District 10

“I’m sorry to hear of Lynn’s passing, and I’ll be praying for his family He was well-known in local politics and active throughout the community. And I would never have been elected the first time without his help. I’m standing on his shoulders.” – Knox County Mayor Tim Burchett.

“I’m very sorry to hear of the passing of Lynn Redmon. He was a strong advocate for Knoxville neighborhoods for many decades and he was particularly passionate about the Norwood Community. No matter what side of an issue he was on he always managed positively and was committed to constructive civic dialogue. His voice will be missed.” – Knoxville Mayor Madeline Rogero.

“Great guy. Truly cared about making Knoxville a better place. If he was with you, great. If he was against you, you knew it would be a tough fight. I really liked Lynn.” – Mike Cohen