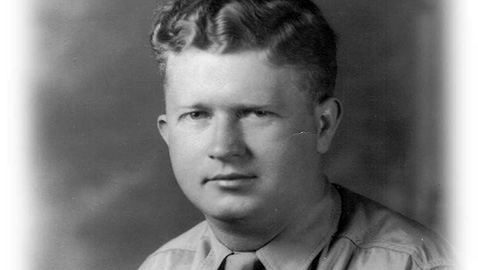 The Knox County Commission has a resolution agreement with Knoxville Jewish Alliance to honor an East Tennessean who saved more than 200 American Jewish soldiers.

Master Sergeant Rodrick (Roddy) Edmonds was not a Jew but his actions as a prisoner of war in a German prison camp in World War II were heroic and the corner of Market Street and Clinch Avenue will soon see a marker in his honor.

Edmonds was captured in 1944 and imprisoned at Stalag IX. On a bitter cold January morning Edmonds, the highest ranking non-commissioned officer there, was ordered to assemble every Jewish soldier. The Germans were separating the soldiers for “special treatment.”

American Jewish soldiers were warned that, if captured, to remove their dog tags.

Edmonds ordered all 1,275 soldiers to assemble outside and the German commander was frustrated. Edmonds was told to identify the Jewish soldiers immediately.

“We are all Jews here,” Edmonds replied. He said that if the Nazi wanted to shoot all the Jews he would have to shoot all the soldiers. The German commander backed off and no one was separated or shot.

Three months later Allied Forces liberated the prison camp. Edmonds returned home and never spoke of the incident and his actions were never recognized by the Army nor did he receive a medal.

Edmonds died in 1985 and was buried with military honors. His son, Chris Edmonds, pastor of the Piney Grove Baptist Church in Maryville, began researching his father’s history.

In 2015 Edmonds was recognized by Yad VaShem as a “Righteous Among the Nations” and six months later Pastor Edmonds received the medal and certificate of recognition.

Edmonds was the fifth American so recognized. A congressional legislation also honored the sergeant with a Congressional Medal of Honor.

The Jewish American Society for Historic Preservation purchased the interpretive roadside marker to tell his story.

Roddy Edmonds is buried in the Berry Highlands Memorial Cemetery.