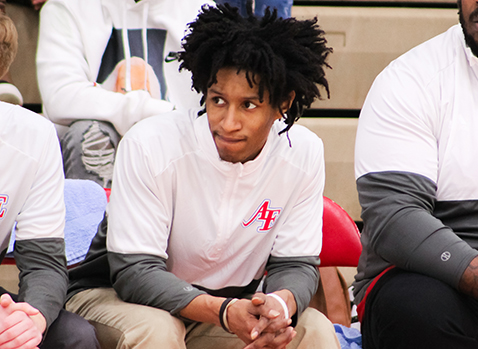 Mathieu wants to make a difference

The game of basketball is Dre Mathieu’s passion and he hopes to help the sport continue to grow in Knoxville.

In addition to becoming an assistant coach in high school this season, he continues to train youngsters to improve their game. And he certainly has the background to be good at both.

Mathieu (pronounced Matthew) is one of the greatest basketball players to ever come out of Knoxville. He dazzled Central High fans a dozen or so years ago as a play-making point guard who also could slam it despite being 5-10.

Pretty much overlooked by college recruiters, Dre went from being a walk-on at Morehead State to a Big Ten standout at the University of Minnesota, after earning JUCO All-America honors at Central Arizona Community College.

With the Gophers, he played two years for Richard Pitino, son of longtime pro and college coach Rick Pitino, and earned a bachelor’s degree in business marketing.

In his first season at Minnesota as a junior, he received All-Big 10 honorable mention and led the Gophers to the NIT championship at Madison Square Garden.

That’s a mighty long way for a little boy from Lonsdale.

Mathieu went on to play pro ball in the G league for a couple of months, ended up in Estonia for three months and played a year in Sweden.

Dre is now in his first season as an assistant coach at Austin-East. He’s not teaching at A-E but is doing plenty of teaching with Knoxville youngsters who want to learn and excel in basketball.

“I’ve been coaching young kids and elementary school kids for the last two years,” he said. “I had the opportunity to come and join Austin-East and I’ve been enjoying it so far.”

“I don’t feel 30,” he pointed out. “I feel like I can still go out there and play with the boys now.

“It’s my first high school coaching job. I’m not going to lie; I wasn’t really interested in the high school level. I felt like the game has kind of changed. But when Austin-East came and I had some alumni talk to me about the opportunity; I was like, I maybe can make a difference, so I was all for it.”

As for career goals, Mathieu said: “I’m not looking to be a college coach or a high school head coach right now. I’m really working with my young ones. I have a group of elementary-and-under that I’m trying to work to get better.”

Dre said he saw a need for better basketball training in Knoxville based on what he saw in other players at Minnesota and remembering the limited training he had growing up.

“Now it’s more advanced,” he said. “There are guys with gyms dedicated specifically to basketball training. There are guys that only work on ball handling. You have shooting coaches, strength coaches, and agility coaches. I love how the scene is going in basketball right now in Knoxville.”

Mathieu said the first youngsters he trained in Knoxville were the Kimber twins (Denaj and Taj) and Tyler Lee – currently the top three players for Fulton, which is one of the best high school teams in the state.

Mathieu is paid for the training he does and his students range from age 5 to college age.

“I’m real big at teaching the game the right way and not just (working on) dribbling or scoring. I try to do a little bit of everything. I even put some defense in there because I know you have to defend.”

Mathieu has taught big and small groups and has girls who are first-year players. “I don’t discriminate,” he said. “I try to work with whoever wants to play the game. If you love it and want to get better at it, I’m all for it.”

Coach Mathieu can be contacted on Facebook at Dre Mathieu or emailing him at deandre.mathieu@knoxschools.org.