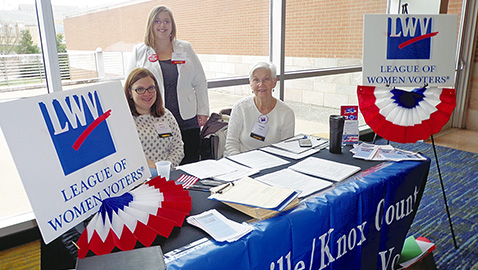 This Wednesday five local breweries will donate part of their proceeds from evening sales to the upcoming conference. Those breweries include Abridge Beer Company, Hexagon Brewing Company, Last of Autumn Brewing, Pretentious Beer Company and Printshop Beer Company. The establishments are located across town in the west, north, east, south and downtown areas.

Last year almost $1,000 was raised in the promotion and the brewery to raise the most money on Wednesday will be recognized.

The brewery contest starts at 5 p.m. that day.

Neighborhood Coordinator Debbie Sharp told The Focus the conference so far will have four workshops and the topics include Blight Remediation, Great Ideas, Workforce Development and Government 101.

“There will be three different awards announced,” she said. Officer Liaison of the year was announced last fall and Eric Parks will be honored.

“We will also name the Neighborhood Achievement Awards and the Dianna Conn Good Neighbor of the Year. Mayor Kincannon will announce those,” Sharp said.

Information is available from Debbie Sharp at (865) 215-4382, on Facebook, or online at the Neighborhood Conference page on the city’s website, knoxvilletn.gov.