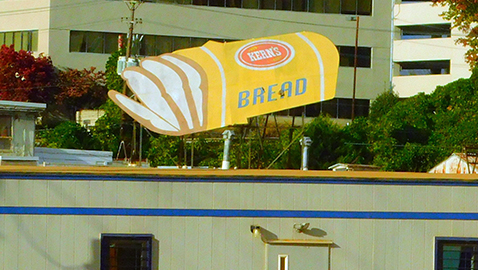 If you’ve traveled Chapman Highway from downtown recently you can’t help but notice the huge apartment complex going up on the hill behind the historic Kern’s Bakery building. The apartment complex, Flagship Kerns, is one of the many projects completed or underway along the waterfront in South Knoxville.

Crippled and stunted by the closing of the Henley Street Bridge a few years ago, the entire South Knox County burst back to life when the route reopened and has not slowed in its growth since.

Further along Chapman to the south businesses have revived but most of the noticeable improvements seem to be around the south edge of the bridge with the creation of Suttree Landing Park and the development of small businesses along Blount Avenue. Several apartments are thriving there as well including CityView Apartments, One Riverwalk Apartments at the former Baptist Hospital site, Rivers Edge Apartments, and The Landings, located just across the river.

Now Flagship Kerns Apartments hopes to open in January on the 16-acre Kern’s Bakery property. Lease applications are being accepted for the 310-bedroom complex catering to young adults, students and professionals. Residents can choose between a private one-bedroom or shared two-bedroom apartment and share common spaces that will include a 24 hour club house, resort-style pool, fitness center, computer lab, pool and even a “bark park.” The apartment type is considered co-living, possibly the first in the city. Flexible lease terms may be available for three months or longer and the apartments will be generally furnished.

Flagship Kerns is just the first step of changes for the Kern’s Bakery property. Phase 2 will create the Kern’s Bakery Food Hall with 20 venues with chef-driven eateries and unique retail stores, 10,000 square feet of office space, gathering and working spaces, an indoor and outdoor entertainment area and a workout facility. Office space there will probably include medical or fitness businesses and a possible 5,000 square foot physical therapy business. Rather than office space the historic Kerns building may feature a wellness hall and food hall in the office spaces.

Phase 3 is the construction of a 120 room name-brand hotel.

Part of West Blount Avenue closed for a water drain

Part of West Blount Avenue between Chapman Highway and Rocky Shore Lane was closed last Monday as construction began on a new stormwater infrastructure. Long-lasting drain pipes are being installed beneath the Chapman and West Blount Avenue to carry runoff water from the Kern’s Bakery site.

The idea is to divert rain runoff to the river rather than trapping water in retention ponds.

The signed detour route around the work zone includes West Blount, Martin Mill Pike and Chapman Highway. The project is expected to be completed by the end of the year.