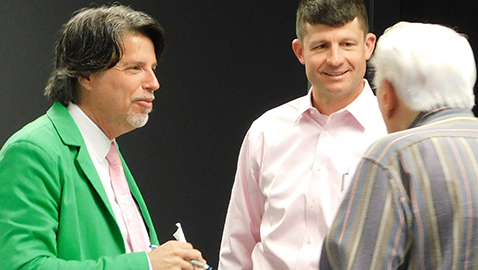 Seems lots of north Knoxville neighborhoods like the idea of branding the area as “UpTown North” and George Bove, president of the North Knoxville Business and Professional Association, wants to rename the association with that title as well.

Bove hinted at the suggested name change during an association meeting recently and told The Knoxville Focus last week he may suggest the re-branding to NKBPA members.

“I can tell you that we are super excited about the change. The NKBPA board of directors will wait for the UpTown North committee presentation and then make a positive or negative recommendation to the membership with respect to a name change. Any BPA name change will be the membership’s decision.”

Ara Rickman, of the UpTown North branding committee, said Monday the group “hasn’t lost any steam” in moving forward with the effort to include neighborhoods extending to the I-640 interchange.

“We’re preparing a PowerPoint presentation that includes the history, schools, parks, housing and neighborhoods. It will be presented to the North Knoxville B&P and covers the area in a broad stroke.”

“We’re also working with a local company on creating a logo. The UpTown North organization is a great group with members from businesses, neighborhoods, and the city,” she said.

“Wouldn’t it be great to see the UpTown North logo on signs, banners on the light poles and other promotional items to recognize and brand UpTown North?” Rickman had asked The Focus last July.

The Uptown North committee members are working to create a proposal that will be made to the city for recognition, signage and campaign. Currently the UpTown group is planning, along with the North Knoxville Business and Professional association, an “UpTown North Broadway Bash.” The event, planned for Saturday, July 27, will highlight local businesses and neighborhoods and have inflatables for kids, bands, food trucks and vendors.

The Knoxville City Council has donated $1,200 to the B&P and Broadway Shopping Center is also sponsoring the event.

The UpTown committee meets monthly at the Oakwood-Lincoln Park Clubhouse, 916 Shamrock Ave. Meetings take place the third Thursday of each month at 8:00 a.m. Anyone interested in learning more and/or becoming a member of the committee is encouraged to attend or email uptownnorth37917@gmail.com.