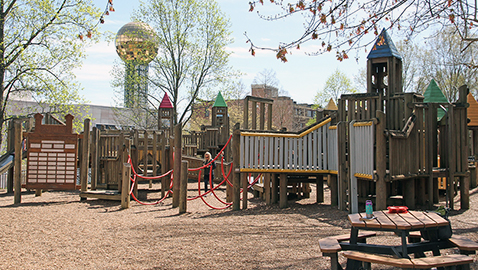 Loud applause and shouts of joy erupted Tuesday evening from the Old Sevier Neighborhood citizens attending the Knoxville City Council meeting. The impromptu celebration took place after the city council members approved an appeal of the variances granted to a proposed large development there.

Jennifer Arthur filed the appeal of the Board of Zoning Appeals decision to grant four variances for a huge apartment and retail complex proposed for 931 Langford Avenue. The site would face Suttree Landing Park and the Tennessee River and, in effect, block the view of many houses and businesses along Old Sevier Avenue. Attorney Wayne Kline represented the residents along the route.

Kline mentioned that 640 residents signed a petition against the development and said that the proposal violates the “SW2” zoning there. He said there’s no hardship other than the design of the complex the developers want to put there.

Peter Hall of Dominion Development said the proposal meets the code for the area except for the variances, which included setback from the street. He said the variances are needed because of the curvature of Waterfront Drive which fronts the development.

Vice Mayor Gwen McKenzie asked Hall what would happen if the citizen appeal is approved. Hall said if the variances are not granted there will be an increase in the number of buildings there.

Councilman Charles Thomas said the developer is trying to “shoehorn it into an area” adding, “They knew what the law says.”

Tommy Smith, the new South Knoxville area council member chosen to replace Stephanie Welch, said the property is an area “very special to the First District.”  He said the developer didn’t show “an undue hardship” and moved to approve the appeal of the neighbors. Thomas seconded the motion and the council, on a voice vote, agreed.

The development apparently now goes back to creating a new plan and beginning the process over again.

In other council news The renovation of Fort Kid came up when the Finance Department asked for council approval of the project. The joint effort between the city, Public Building Authority, Knoxville Museum of Art and Thomas Boyd, would demolish the current playground, rework the ground beneath it, and then look to placing still-unselected playground equipment.

It was announced that Boyd is contributing $200,000 for the project and there is another anonymous $100,000 gift. Councilwoman Amelia Parker recalled that the council authorized $300,000 for the renovation last year.

“I grew up going to that site,” Parker said and then asked if the $300,000 allocated by the city is needed considering the outside donations.

Deputy Mayor David Brace said the city funds are going for utilities, a new wall, and infrastructure there. City Council Attorney Charles Swanson also responded to Parker’s question noting that the money was part of a memorandum of understanding and added, “We’re not free to back out.”

He said the city would have to revise the agreements with the donors if it pulled out of the commitment. The motion to proceed, including a public hearing on the playground, passed unanimously.