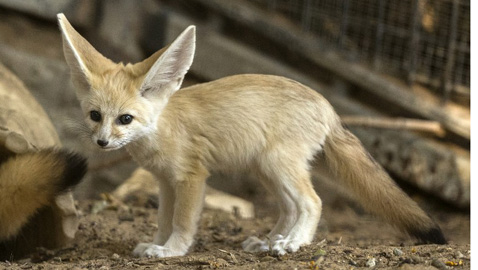 Knox County is changing in ways that may surprise long-time residents. The population is changing, new families and singles are arriving, housing demands are up, sidewalks are being considered for new subdivisions, and some views on politics are adapting.

The social change in the county and city may be the most noticeable as new people bring new ideas and requests.

Take the recent request before the Knox County Commission for example. Commissioner Evelyn Gill introduced a motion to allow owners of some wild animals use of the county parks if the animal was on leash.

An owner of a “Fennec fox” testified and sought permission to walk her pet or let it run free in the dog parks. The request, made a week before at the commission work session, was met with many questions and cautions from some commission members.

The Fennec fox is a small cat-sized fox with large ears. They are native to the North African desert and can be house-trained. Once they become accustomed to a home they can be petted and some are litter-box users. They have a bark similar to a dog.

The commissioners responded with statements referring to domestic dogs that would attack the pet fox, the fear of rabies, and lots of other comments.

Gill’s motion asked to remove all categories of exotic animals from restrictions in county parks except “Class One.” According to the state code dealing with wild animals, that “class” includes wolves, bears, lions, elephants, crocodiles, poisonous snakes and poisonous amphibians.

The vote to allow the wild animals in county parks failed 8-3 with Gill, Randy Smith and Hugh Nystrom voting “Yes” with Gill.

While the county prohibits all wild and exotic animals in county parks the City of Knoxville allows Class Two in city parks.

“We’re not saying allowing the animals in city parks is a good idea—we’re just saying that it’s not prohibited,”  Eric Vreeland, Public Information Specialist for the City.

Vreeland said that an opinion from City Staff Attorney Douglas Gordon stated that state law rather than city ordinance should regulate ownership and handling of exotic animals. State law bans dangerous animals but owners may legally possess and handle other exotic animals once they have obtained the proper state permits.

Exotic animals are allowed in city parks unless the animals are Class One or the animals act in a vicious manner while in the park or a specific parks bans those animals. The city noted that it is the responsibility of the owner to have the animal under control at all times.