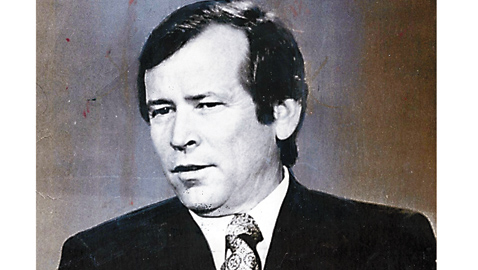 Fresh from his titanic reelection victory in 1972, Howard Baker returned to the United States Senate on the cusp of becoming a national figure.

Richard Nixon had also won an historic reelection victory, but it quickly unraveled.  When the Senate appointed a bipartisan committee to investigate the Watergate break-in, Minority Leader Hugh Scott informed Senator Baker he would be the ranking Republican on the committee.  Scott smoothly informed Baker that every Republican in the Senate had recommended him for service on the special committee.  Howard Baker accepted the assignment, but was far too shrewd not to recognize that serving on the Watergate Committee was fraught with danger for any Republican senator.  Baker had been an admirer of Richard Nixon and the president had campaigned for the Tennessean in each of his campaigns.  Many Washington insiders believed Hugh Scott put Howard Baker on the Watergate Committee to punish him.

If so, Hugh Scott did not reckon with Baker’s ability and honesty.  The one question asked during the interminable hearings that is still remembered today was asked by Howard Baker: “What did the President know and when did he know it?”

The Watergate hearings were televised and millions of Americans appreciated Howard Baker’s simple sincerity and his calm demeanor.  Baker complimented the story-telling, folksy Sam Ervin of North Carolina, who chaired the committee.

While having a press conference at the Tri-Cities Airport in February of 1973, Baker was asked by a reporter of the senator’s impression of the Watergate Committee.  Senator Baker drawled that he “wished I had not been asked” to serve on the committee.

Baker’s stepmother, Irene, who had succeeded Howard Baker, Sr. in Congress, once said of Howard, Jr., “He’s like the Tennessee River.  He flows right down the middle.”

Howard Baker launched another political career with the Watergate Hearings.  Baker selected Fred Thompson to serve as the Minority Counsel to the committee.

Senator Baker began receiving considerable media attention all across the country.  Baker also began receiving attention in other quarters, some of which was not entirely welcome.  There were more than a few ladies who began inquiring about the senator.  Unknown to some of these ladies, Joy Baker frequently worked in her husband’s Senate office.  Some women were rather aggressive and wanted Senator Baker’s home telephone number, to which Mrs. Baker always replied, “I’m sorry, but we’re not permitted to give out the Senator’s home phone.”

Evidently that answer didn’t satisfy one woman who demanded to know why not and Joy Dirksen Baker retorted, “Probably his wife wouldn’t like it.”

“And how do you know that?” the woman wanted to know.

Mrs. Baker recalled opening a letter from a young woman in Wisconsin.   The young woman went on at length how “darling and cute” the Tennessee senator was and concluded her letter with, “Obviously you’re married.  If this situation should ever change, would you please let me know.”

Mrs. Baker’s nickname for her husband was “Penny,” which was a derivative of Baker’s middle name, Henry.

Around that time, Joy Baker had to have a hysterectomy, but complications set in, which included a bowel dissection.  Mrs. Baker later related doctors had told the senator she “might not make it.”  Although heavily sedated, Joy Baker remembered, “Well, every time I opened my eyes, my husband was there.”

With the resignation of Richard Nixon and his return to California, Gerald Ford assumed the presidency.  Howard Baker seemed a logical choice for vice president and he was reputedly among the top contenders for the spot, but Ford finally opted for New York governor Nelson Rockefeller.

Baker, unlike many politicians, was not consumed by politics.  Senator Baker had a wide variety of outside interests and enjoyed playing tennis and golf and his hobby of photography became legendary.  “I’m not sure that I’ll ever be a candidate for anything other than the United States Senate again,” Baker said at a news conference.  “If I am I can promise you that it will not be as a candidate for Vice President.”

Baker noted he had supposedly been a leading contender for the vice presidency in 1968 and 1974 and drawled, “I’m the world’s leading authority on the proposition that that’s the most helpless position in politics that you can be in.”

Senator Baker shrugged off questions as to why he had not been selected by Ford to serve as vice president.  Baker said he didn’t know and “I have no curiosity.”

Howard Baker predicted his former aide Lamar Alexander would be elected governor that fall and believed the Democratic nominee, Ray Blanton was running an outmoded campaign by simply trying to unify Democrats.  Senator Baker opined, “”In Tennessee, about a quarter of us are Republicans and one quarter are Democrats, but the overwhelming preponderance of voters in 1974 are independent spirited.  You can unite the Democratic party til you’re blue in the face and you’ll get beat.”

Richard Nixon’s fall may have made Howard Baler a national figure, but it played hell with Republicans across the nation.  The 1974 elections were a disaster for congressional Republicans and little better in state races.  Baker’s protégé, Lamar Alexander, fared little better than most other Republicans that year, after a promising start.

Democrats, smelling blood, had gone through a bitter primary with no less than twelve candidates for the governorship.  Blanton had good name recognition from his failed campaign against Baker in 1972, but he was hard pressed to win against Knoxville banker Jake Butcher.  Former senator Ross Bass was making his last hurrah as a statewide candidate, but his candidacy never caught fire.  Blanton won the primary by an eyelash, winning with less than 23% of the vote.  The former congressman only ran ahead of Jake Butcher by 16,650 votes.

Blanton, referring to the Watergate scandal, crowed that he could return to Washington and visit his friends, while Lamar Alexander would have to go to the penitentiary to visit his own friends.  Those words would likely have special meaning to Ray Blanton just a few years later.

Senator Baker was wrong in his assessment of the coming election.  Blanton did indeed manage to rally Democrats and 1970 gubernatorial nominee John Jay Hooker and former senator Albert Gore campaigned with him in upper East Tennessee.

Blanton used a populist theme as the gubernatorial campaign came to a close, decrying workers being laid off, the exorbitant profits of big oil companies in particular and big business in general.

“Under Democrats you live better and eat better,” Blanton said.

Thirty-three year old Lamar Alexander tried hard to break down the wall of Democratic unity with little success.  Both campaigns, as they always do, claimed they were confident of victory.  Alexander speculated he would win with 55% of the vote, while the more bombastic Blanton said he would pull 60% of the vote on Election Day.

Blanton managed to pare down the traditional Republican margins in East Tennessee, which had been his strategy when he ran against Howard Baker in 1972.  Ray Blanton ran well in Middle Tennessee and rural West Tennessee.  Although Senators Howard Baker and Bill Brock had campaigned hard for Alexander, as did Governor Winfield Dunn, the 1974 election was a Republican debacle.

As Lamar Alexander was losing to Ray Blanton, two GOP congressmen were defeated.  Dan Kuykendall of Memphis lost to Harold Ford by less than 800 votes.  LaMar Baker of Chattanooga lost to Marilyn Lloyd by just over 6,000 votes.

The toxic Watergate atmosphere was too much for Alexander and other Republican candidates to overcome.  Richard Nixon’s overwhelming victory in Tennessee, as well as that of Howard Baker, had helped young Robin Beard to beat Congressman William Anderson in West Tennessee.  In 1973, the Republicans held both Senate seats, the governorship, and five out of nine congressional seats.  By 1975, the pendulum had swung back and the Democrats won the governorship and two additional Congressional seats.

In 1975, Howard Baker began pondering the possibility of running for president.  Gerald Ford’s standing in the polls was quite low and it seemed likely never having been elected president in his own right, a challenger for the GOP nomination might emerge.  Senator Baker, in Albuquerque for a fundraising dinner, acknowledged he was considering just such a challenge to President Ford.  Baker said that much would depend “to a large degree on what President Ford might do.”

Gerald Ford did indeed attract a challenger, but it was not Howard Baker.

Former California governor Ronald Reagan announced he was running and Reagan’s candidacy largely precluded that of other candidates.

Initially, the Reagan challenge was fizzling and Ford appeared to be gaining strength until the former governor dealt the president a defeat in the North Carolina primary.  Reagan went on to crush Ford in Texas and Tennessee became a battleground state.  Governor Reagan came to Baker’s own Huntsville for a gigantic rally, accompanied by his wife, Nancy.  Senator Baker had infuriated many Reagan backers by openly endorsing President Ford.  That endorsement became a festering sore with many conservative Republicans who, over a period of time, began to have a special loathing for Howard Baker.

The results of the Tennessee GOP presidential primary was almost a draw, yet there were hard feelings in the wake of a very close contest for the Republican nomination.

Baker thought he might well be Gerald Ford’s choice to run as vice president, but Ford chose Kansas senator Bob Dole instead.  It was a curious decision as Ford was expected to run well in the prairie states while Howard Baker might have brought some strength to the Republican ticket against the first Southerner (outside of Lyndon Johnson who had succeeded John F. Kennedy) to be nominated by the Democrats in the modern era.  Tennessee was Jimmy Carter’s second best state in the country after Georgia, which helped to take Senator Bill Brock down.  Brock had met his goal of winning more than 100,000 votes than he had in his 1976 campaign, but still lost to Nashville attorney Jim Sasser by more than 77,000 votes.

The Democrats had managed to improve their showing in the Volunteer State, carrying Tennessee in the presidential election for the first time since 1964.  The Republicans held only three of Tennessee’s nine Congressional seats and once again, Howard Baker was the lone Republican to hold statewide office in Tennessee.

Howard Baker and helped to build Tennessee into a genuine two-party state and two election cycles had undone much of what he had accomplished.

Senator Hugh Scott had decided to retire in 1976 and Senate Republicans would be electing a new Minority Leader in 1977.  Michigan senator Robert Griffin, who had been serving as Republican Whip, would be hard to beat and when Howard Baker announced he would run for GOP leader, many believed it would be an uphill battle.  Baker won by exactly a single vote.

Howard Baker had long ago alienated many members of the far right when he had helped to pass the Clean Air Act, as well as the voting Rights Act, but his helping to shepherd the Panama Canal Treaty through the Senate caused some of them to become positively unhinged.