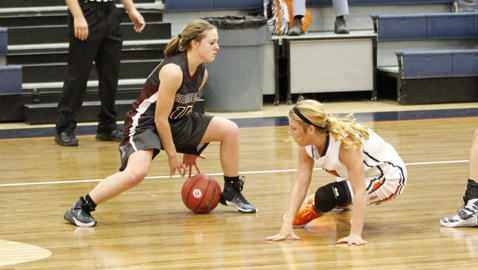 State high school championships can sometimes come down to which team wants it the most and has the most heart.

Bearden was that kind of team in boys’ soccer this past season and Spencer Smiley had a large part in making it that way.

Smiley also has been named Bearden’s male Student-Athlete of the Year. “His work ethic both on the field and in the classroom epitomizes what it means to be a student-athlete at Bearden High School,” said Radcliffe via e-mail.

While tallying 13 goals and 11 assists, Smiley garnered first team All-District 4-AAA and All-Region 2-AAA honors as a forward. His leadership and guidance as a four-year letterman in the soccer program, added Radcliffe, helped propel the Bulldogs to new heights in reaching a 23-3 record, a No. 4 national ranking and becoming the No. 1 team in Tennessee.

“Spencer’s perseverance and determination through his leadership helped bring this team from behind in multiple elimination games throughout the playoffs and his heart on the field was hard to match this season,” said Radcliffe. “He will definitely be missed as a person, a leader and an athlete.”

Holly Hagood is the BHS female Student-Athlete of the Year. She also was voted the most athletic female athlete at Bearden. The four-year varsity basketball player and starter was a part of two state tournament teams, including the team that finished in the state semifinals her junior year.

Hagood, a point guard, had an attitude that was tough to beat.

“Holly is the hardest working young lady I have ever had the privilege of coaching,” stated Justin Underwood. “Her unselfish team-first attitude helped lead our program to new heights.”

Erica Laning, state champion in swimming and a qualifier for the 2016 Olympic Trials in the 200 and 400-meter free, is Hardin Valley Academy’s female Student-Athlete of the Year. She is a member of the Liberal Arts academy at HVA.

Laning won the 200 and 500-yard free events at the 2016 TISCA Tennessee High School Swimming and Diving Championships. A junior, she holds multiple school records and also has committed to swim for Arizona State University, beginning in the fall of 2017.

Senior Ian McNitt is Hardin Valley’s male honoree. He lettered in wrestling and soccer. In wrestling, McNitt was the Region 2-AAA champion in the 138-pound weight class and made the All-KIL team. He also holds multiple school records. Ian is a member of STEM academy and will be going to Cornell University.

“Both are outstanding students and leaders in academics and athletics,” said HVA Athletic Director George Ashe.