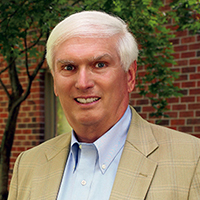 I find it almost impossible to understand polls I have seen that say a significant percentage of young people today believe in socialism.

The only way that could be is that they have been brainwashed by left-wing college professors.

It is almost unheard of to have a leading conservative be asked to give a commencement speech at any major university. Yet if socialism really worked, Cuba, North Korea, Venezuela, the former Soviet Union, and every country in Africa would be heavens on earth.

Instead, people are trying to figure out how they can flee every socialist country in the world, just as they are leaving in droves from blue States and cities in the U.S.

Socialism is great for the tiny percentage at the top who control the government, but it is terrible for everybody else. It quickly wipes out the middle class.

When our own U.S. Federal government was much smaller, we had very few at the top and very few at the bottom. We had a huge middle class, no homeless problem, and the gap between the rich and the poor was tiny.

Russia and its satellite countries were called the Union of Soviet Socialist Republics (U.S.S.R.).

Those who controlled the government lived very well. They had private department stores, special medical care, and vacation homes called dashes by the sea.

But I remember reading several years ago that ordinary Russian people sometimes had to line up eight or nine hours to get a pound of sausage, something we took for granted here.

I remembered this when I read a recent story carried by the main French news service about food lines in Cuba.

I wish every young socialist in this country would read this story, which was headlined “in Cuba, queuing for hours ‘just to be able to eat.’” Queuing means standing in line.

The story from the French service (AFP), similar to our AP, tells the story better than I could:

“Cubans are no strangers to queuing for everything from bread to toothpaste, often standing for hours under a blazing sun with no access to a toilet or drinking water and always with the fear of leaving empty-handed.”

“It is a daily ordeal Cubans have endured for about 60 years of communist rule….”

The story went on: “I spent almost all night here just to buy something. It is not easy, it is a big sacrifice just to be able to eat”, shopper Edelvis Miranda, 47, told AFP at a market in Havana last week.

“The homemaker had taken her place in the queue at almost 1:00 AM, and finally left around 11 hours later, just before noon.”

The story continued quoting this woman: “now some rest, and then back to the queue again.”

The story added that Cuba had an official inflation rate of 70% in 2021, and the US inflation rate will reach unbelievable levels if the Democrats keep spending like they have over the last couple of years.

Venezuela has one of the largest oil deep deposits in the world, yet thanks to its socialist leaders, babies are dying because they can’t get medicines and poor people are searching garbage dumps for food.

North Korea’s mentally ill socialist leader is shooting off missiles while his people are eating what Americans would consider a starvation diet.

Cuba has many miles of beaches and other natural beauty and sugar and coffee and fishing that could make the country wealthy if it did not have socialist leadership.

Every country in Africa has oil, gold, diamonds and other natural resources and natural beauty that would make those countries wealthy if they did not have socialist governments.

The U.S. did not become the most prosperous country in the world because we had the most oil, gold, or other natural resources and natural beauty.

Unfortunately, there are no conservative Democrats today. The Democratic Party of today is a Socialist Party and is attempting to remake this nation into a socialist country.

If we sit back and allow that to happen our children and grandchildren will not have a standard of living anywhere near what we have had for most of my life.

The only thing that goes down is the value of money in our billfolds and money that we have saved.