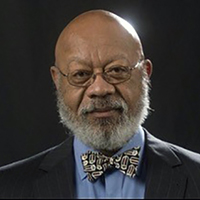 One of Knoxville’s most venerable restaurants is celebrating a landmark anniversary in 2021.

S&S Cafeteria is turning 85 and the eating establishment, located in Knox Plaza, at 4808 Kingston Pike, is celebrating by offering daily dine-in specials this week.

The celebration kicks off today (Aug. 2) with $0.85 desserts all day. On Tuesday, S&S will offer free sweet tea all day. On Wednesday, all kids’ meals are $0.85 with the purchase of an adult meal. The cafeteria is offering $0.85 salads all day Thursday.

The anniversary celebration culminates this week on Friday as each of the restaurant’s locations, including Knoxville, will be giving away three $100 gift certificates. Patrons can increase their odds of winning the more they eat at S&S Cafeteria this week, according to Gina Laws, the chain’s director of marketing and public relations.

“Each time a customer eats at S&S (this week), they’ll be entered to the contest for the $100 gift certificates,” Laws said. “So they can increase their chances of winning the more they eat at S&S.”

The Knoxville location of S&S is one of six throughout the Southeastern United States. The chain has two locations in Macon, Georgia, one in Charleston, South Carolina, one in Greenville, South Carolina and one in Augusta, Georgia, along with its East Tennessee location.

In its 85 years, S&S Cafeteria has catered to multiple generations of customers. It’s also persevered through World War II and more recently, the COVID-19 pandemic.

While cafeterias appear to have been phased out by all-you-can-eat buffets, S&S Cafeterias Chief Executive Officer Rick Pogue said he feels that there will always be a place for the old-fashioned cafeteria such as S&S.

“We think there will always be a niche for the cafeteria,” Pogue said. “The food is always made from scratch, you have a good selection and we’re reasonably priced.

“Our best deal is our dessert. Where else can you get a good dessert for $2.49?”

During the pandemic, S&S Cafeteria offered take-out before re-opening for customers to dine in.

Pogue said he appreciated the people of Knoxville for their business and loyalty throughout the years.

“I would like to thank the people of Knoxville for their loyalty and their business,” Pogue said. “We really appreciate them.”