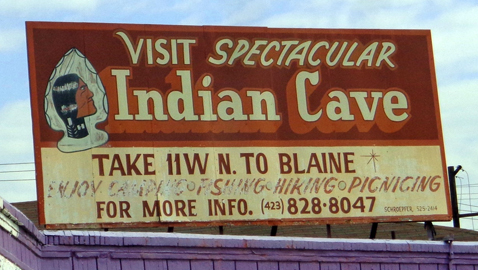 East Knoxville is a huge area made up of many neighborhoods and each has its own features but sometimes a drive around the area can bring you to some surprises. There are unusual buildings, streets, houses and thing you just don’t expect.

There’s been overdue attention to East Knoxville recently with the proposed historic overlay expansion in the Parkridge Community, the plans for a new streetscape for Magnolia Avenue, talks about revitalizing “downtown” Burlington, and what might happen to middle school students when the two new schools open. There’s also an upcoming Sixth District City Council election that’s getting increased attention.

East Knoxville grew after the Civil War to become a “streetcar” neighborhood. Many houses in the area were built by famed architects and there’s a revival of some of those houses by the owners. The population is changing there and property values are expected to continue to increase.

If you take your time and look closely you’ll find wonderful things in East Knoxville. There are the things and places you may know about already, like the Alex Haley Statue, the Mabry-Hazen House, Zoo Knoxville, The Muse, Chandler’s Deli, the O’Connor Senior Center and the Cansler YMCA. There are also the old Standard Knitting Mill, the various parks, the Burlington Library, and the many historic churches.

But have you seen the giant chair at Knoxville Botanical Gardens and Arboretum?

The huge red Adirondack Chair sits in the lawn across from the Garden’s Visitor Center and is often the site of families climbing on it for a photograph. It was, according to Jim Richards, executive director, created locally and donated to the facility. There are regular-sized chairs here and there along the Garden’s 44 plus acres so visitors can pause and rest while walking the grounds.

Knoxville Botanical Gardens and Arboretum is located between Wimpole Avenue and Boyds Bridge Pike on the ridge overlooking the valley.

The billboard for Indian Cave still stands along Magnolia Avenue near Chilhowee Park. The once thriving commercial cave near Blaine on the Holston River apparently isn’t open to visitors any more yet the billboard, weathered but readable, still invites travelers to drive over and visit. The sign apparently has not yet seen the regulations about old signs passed by the Knoxville City Council.

The sign is so old that it carries the “423” area code and a telephone number long out of service.

Speedway Circle, just off Martin Luther King Jr. Avenue and Holston Drive, is possibly the most unusual street in all of Tennessee. The street was originally a horse race track built by Calvin Johnson, a successful former slave who became a wealthy man from his many businesses.

The street follows the path of the race track and is lined with houses both inside and outside the circle. The track was later converted to an auto racing venue. In 1910 during the Appalachian Exposition Speedway Circle was the only other site outside Chilhowee Park to host events. It is said that the track, by then, had a seating capacity for 3,000 people. It is also said that the track saw Knoxville’s first airplane flight. By 1920 the track was paved over and housing began there.

Morningside Park, between Dandridge Avenue and Hazen Street has 23 acres of city owned land, 2 shelters, a picnic and playground area, paved trails and an 18-hole golf course. The hillside park is just below the Alex Haley Heritage Square.

Various greenways also exist in East Knoxville including the new Botanical Gardens Greenway. The city has plans to connect that walking path to other greenways in the area.