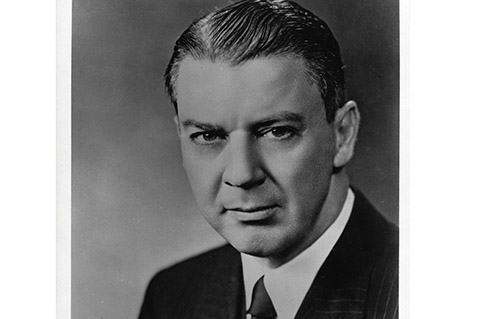 The Tennessee Congressional Delegation and the Taft-Hartley Bill

The loss by Democrats of both Houses of Congress to the Republicans led to several proposed reforms in the federal government.  Perhaps the signal achievement of the 80th Congress was the passage of the Taft-Hartley bill, popularly known as the “Right-to-Work Bill.”  The bill was sponsored in the House of Representatives by Congressman Fred A. Hartley Jr. of New Jersey, while Ohio Senator Robert Taft carried the bill in the Senate.  Congressman Hartley’s bill was believed to be more restrictive than that offered by Taft in the Senate.

In essence, Senator Taft’s bill was to address the Wagner Act, sponsored by Senator Robert F. Wagner of New York.  In the Wagner Act, the only unfair labor practices were those of employers.  Senator Taft proposed to bring unions under the National Labor Relations Board and hold those unions accountable as well.

Republicans were spurred on due to President Harry Truman’s “crackdown” on John L. Lewis, the bushy-browed, exquisitely eloquent president of the United Mine Workers Union, which had been quite popular with most of the American public.  One Republican senator from the Midwest who had voted against the Case Bill, which was considered to be an anti-union piece of legislation, was quoted as saying, “One of the most popular acts of President Truman, if not the most popular, was his crackdown on John Lewis.  Mr. Truman’s rise in popularity really had its beginning then.  That shows the public wants labor dictators and union problems handled effectively, and discounts the threats of revenge by union leaders against congressmen who vote for the Hartley bill.”

Of Tennessee’s Congressional delegation, comprised of its two U. S. senators and ten congressmen, only Estes Kefauver of Chattanooga had announced he would vote against the Taft-Hartley Bill by mid-April of 1947.  Out of Tennessee’s twelve members of the Congressional delegation, only two were Republicans, both of whom represented the First and Second Congressional Districts in East Tennessee.  Dayton Phillips, a freshman legislator, had been elected when longtime congressman Carroll Reece had opted not to run again, having been elected Chairman of the Republican National Committee.  It had been Reece who had presided over the GOP sweep in the 1946 elections.  John Jennings, who had first been elected to Congress in a 1939 special election, was a prosperous Knoxville attorney and former judge.  Other members of Tennessee’s Congressional delegation began announcing their positions on the bill as a vote approached.

Congressman Albert Gore of Carthage, who represented Tennessee’s Fourth Congressional District, a largely rural area composed of farmland, announced he would support Taft-Hartley.  Percy Priest of Nashville, perhaps the most liberal member of Tennessee’s Congressional delegation after Estes Kefauver, remained officially undecided.  Joe L. Evins, a freshman Democrat who represented another rural district, the Fifth, spoke on the floor of the House of Representatives on April 17, 1947, and said he would support the Hartley Bill.

“I am convinced that this bill contains some worthwhile and desirable provisions,” Evins said.  The Tennessee congressman pointed specifically to the section of the bill dealing with “arbitration and mediation of labor disputes” as well as the establishment of a 75-day “cooling off period” where there would be attempts to reconcile the differences between employers and labor.  Congressman Evins said the Hartley Bill was “the only labor bill we shall have the opportunity to vote for during this session and I feel that the people of our country are insistent that legislation to improve labor-management relations be passed by this Congress.”

As House Republicans met in caucus, both Speaker Joe Martin of Massachusetts and Majority Charles Halleck of Indiana gave pep talks to members.  Yet there were some Republicans who had their doubts about the legislation.  George Bender of Cleveland, Ohio, had routinely been reelected as the state’s Congressman-at-Large.  Bender, who had suffered defeats during years when the Democrats were faring especially well had some reservations about the Hartley Bill.  “My usual inclination has been to support the leadership where I can,” Bender explained, “because of our responsibility as a party.  But I am going to be listening with great interest to the debate on this measure.  I can’t let myself be bound on a bill just because the leadership is behind it.”

What remained unknown at the time was one of the doubters about the Hartley Bill was from Tennessee and a Republican.  On April 18, 1947, the House voted 308-107 to pass the Hartley Bill.  Reporter Fred W. Perkins thought it the “most one-sided the House has ever registered on union-control bills.”  Perkins noted a “shift of only four members would have made this vote three to one.”  The reporter ominously noted the Hartley Bill backers could lose eighteen votes and still have enough supporters to override a presidential veto.

The threat of a veto by President Harry Truman was quite real, a possibility raised during the debate in the House by New York Congressman Emanuel Celler, who had only recently returned from a visit to the White House.  Celler told his colleagues the Hartley Bill “will earn a veto and justifiably so.”

The majority of the twenty-two GOP congressmen who had voted against the Hartley Bill were all freshmen representatives and veterans.  Many of the Democrats voting for the Hartley Bill had long been supporters of Franklin Roosevelt’s New Deal and much of Harry Truman’s administration, including Lyndon Johnson, Albert Gore, and Jere Cooper of Tennessee.  Several of the Republicans opposing the Hartley Bill represented areas where labor was politically strong.  Homer Angell had been in Congress for a decade and represented Portland, Oregon, which boasted a very strong organized labor presence.  C. W. “Runt” Bishop had served in the House for eight years, but he also represented the coal fields of southern Illinois.  Ivor Fenton of Pennsylvania was a doctor who had served in the House for eight years and represented a district that included much of the anthracite coal country.  Another GOP congressman from a coal district in Pennsylvania was Colonel Mitchell Jenkins, a freshman first elected in 1946.  John Brophy of Wisconsin was also a freshman congressman who had defeated an alleged Communist candidate in the 1946 general election and represented Milwaukee.  Jacob Javits of New York City would make a name for himself in politics and later served in the United States Senate from 1957-1981.  James Patterson of Connecticut was a returning veteran of the Second World War and freshman who represented an area where both labor and big business were politically potent.  James Scoblick, a fruit grower from Scranton, Pennsylvania was also a freshman legislator.  Howes Meades, a Kentucky Republican who had defeated scandal-tarred incumbent Andrew Jackson May, was a young Naval officer and freshman congressman.  Charles Russell, a freshman congressman from ordinarily Democratic Nevada, whose father was a big cattleman, voted against the Hartley Bill.  Homer Jones, a Navy veteran of both World Wars, and a freshman legislator from Bremerton, Washington, was one of the twenty-two Republicans to vote against the Hartley Bill.  The colorfully named Thor Tollefson, a former mayor of Tacoma, Washington, was another freshman who refused to follow the leadership of his own party.  Melvin Synder, yet another returning war veteran and freshman congressman, represented West Virginia, one of the states where organized labor was very strong, and voted against the Hartley Bill.  Robert Twyman of Chicago, a Naval commander during the Second World War, came from a wealthy family and was a businessman, yet voted against the Hartley Bill.

There were also a handful of Republican congressmen who had pro-labor voting records prior to the consideration of Fred Hartley’s bill.  Richard Welch of San Francisco, John Butler and Ed Elsaesser, both of whom represented parts of Buffalo, New York, the volatile and vocal William Lemke of North Dakota, and Fred Smith of Marion, Ohio.  And like many of his colleagues, Dayton Phillips was both a returning veteran and freshman legislator.  The vote cast by Congressman Phillips was especially mortifying to his predecessor, Carroll Reece.  Reece had represented Tennessee’s First District in the House of Representatives since 1921, with one brief interruption in 1930.  Carroll Reece was without a doubt the most personally popular political figure inside the First District and headed a strong political organization in upper East Tennessee.  Relations between Dayton Phillips and his predecessor in Congress would remain chilly.  Carroll Reece would choose to challenge Phillips in the 1950 GOP primary to make his political comeback and oust the young congressman.  Quite likely, Carroll Reece was the only opponent who could have dislodged Dayton Phillips from Congress.

While some of those returning veterans and freshman legislators enjoyed successful political careers — Thor Tollefson would remain in Congress until 1965, while Charlie Russell would serve two terms as governor of Nevada — most of them were defeated in the Democratic landslide of 1948.  Melvin Snyder was swept out of office after just one term in the House, along with Robert Twyman of Illinois, Homer Jones, Howes Meade, James Scoblick (who was defeated inside the GOP primary in 1948), and John Brophy.  Freshman congressman Mitchell Jenkins simply chose not to seek reelection after a single term.

The fight over the labor legislation moved over to the United States Senate.  There were differences between the Hartley Bill as passed by the House of Representatives and the version being considered in the Senate.  Both Senate sponsor Robert Taft and Senator Joseph Ball of Minnesota announced they would try and amend the bill to place more restrictions in the Senate version.  The House version of the bill was clearly the stronger of the two.  The Hartley Bill broke down bargains from industry-wide to local or regional units while the Senate version omitted the subject.  Joe Ball was especially adamant about correcting that provision of the bill in the Senate.  There were several, mostly small differences between the House and Senate versions of the labor legislation.

A throng of union workers flooded Cadillac Square in Detroit, estimated at 85,000 people, resulting in the lines at automobile factories coming to a standstill.  The workers gathered to protest the labor legislation pending in the U.S. Senate.  Designated a “Save Labor” rally, the union members paraded to the headquarters of the Michigan Bell Telephone Company.  Some 2,000 union members joined the picket lines of telephone workers’ and “joined in singing and jeering at the reinforced police riot squads that stood by.”  While some 85,000 union members participated in the rally, there were reports nearly half a million workers had left their jobs.

The fight for the Taft-Hartley Bill had begun in the United States Senate.