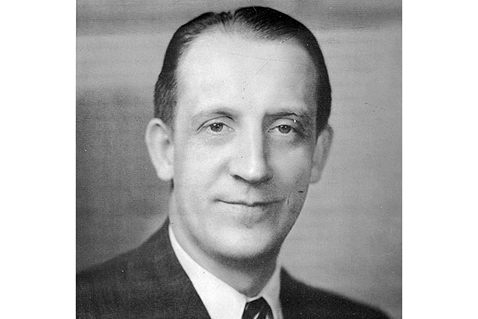 Tennessee and Right-to-Work, Part 4: The Tennessee Congressional Delegation and the Taft-Hartley Bill

Both Houses of Congress had passed the Taft-Hartley Bill, as both chambers had a majority of Republicans. The 1946 elections had been a terrific success for the GOP and Republican National Chairman Carroll Reece. Many Southern Democrats had joined with Republicans to pass the legislation, including every Democrat representing the State of Tennessee in Congress save for Congressman Estes Kefauver of Chattanooga. Kenneth D. McKellar and Tom Stewart represented the Volunteer State in the United States Senate. Both of Tennessee’s U.S. senators voted in favor of the Taft-Hartley Bill.

There were only two Republicans in Tennessee’s Congressional delegation; Dayton Phillips of the First District and John Jennings Jr. of the Second District. Phillips was a freshman legislator elected when Carroll Reece opted not to run again in 1946 to concentrate on his new responsibilities as chairman of the Republican National Committee. John Jennings had first been elected in a 1939 special election following the death of Congressman J. Will Taylor. It was Dayton Phillips who had surprised the House Republican leadership and profoundly embarrassed Carroll Reece with his vote against the Hartley Bill in the House of Representatives. Out of the twelve men comprising Tennessee’s congressional delegation, only Dayton Phillips, a Republican, and Estes Kefauver, a Democrat, had voted against the Taft-Hartley Bill. Dayton Phillips’ vote immediately brought a roar of disapproval from Republicans everywhere. The Reece organization in upper East Tennessee had preferred young attorney William Miller for the GOP nomination, but Dayton Phillips was an excellent retail politician and a vote-getter, something he had in common with Kefauver.

There were differences between the House and Senate versions of the bill, which had to be reconciled by the two houses. Some of those differences were substantial. The Senate version of the bill was considered to be less restrictive than the House bill. The house appointed its conferees and the Senate did likewise and it was up to the various congressmen and senators to attempt to resolve the differences into one bill. Eventually, compromises were reached by all parties and only three members of the respective conference committee refused to sign onto the bill: Senator James E. Murray of Montana, Congressman Clare Hoffman of Michigan, and Congressman John Lesinski, also of Michigan. Senator Murray was a Democrat and a strong supporter of organized labor. Murray was from Butte, where copper mining was big business, and the senator had long been an opponent of the infamous Anaconda interests in the Big Sky State. Clare Hoffman was a fire-breathing, deeply conservative Republican and objected to the bill’s recognition of the union shop, which he flatly opposed. Hoffman declared that particular provision of the bill was flatly against the sentiment of the American public.

John Lesinski was a Democrat from Dearborn and a supporter of organized labor. Lesinski joined Senator Murray in releasing a statement about the bill adopted by the conference committee. The two legislators lamented the conference committee had “made a bad piece of legislation worse.” “It would be used abroad to discredit American institutions as marking a reactionary, anti-labor trend,” the pair said in their joint statement. It surprised absolutely no one when both Senator Murray and Congressman John Lesinski called for President Truman to veto the Taft-Hartley Bill.

There were already rumors floating throughout that President Harry Truman would veto the labor legislation. William Green, president of the American Federation of Labor, speaking over the Mutual Broadcasting radio network begged the president to veto the bill. Green told his listeners Taft-Hartley would “throw labor-industrial relations into chaos and result in depressing the American standard of living.” The union leader insisted Taft-Hartley “violates the basic freedoms of American workers and seeks to destroy the security and effectiveness of their unions.” Green said the bill also “repudiates and flouts the president’s own recommendations to Congress.” The AFL president reminded his audience during the 1944 Republican National Convention, Senator Robert A. Taft of Ohio had served as chair of its platform committee, which had adopted a plank stating the GOP was “the historical champion of free labor.” “Senator Taft should blush,” Bill Green snapped.

Bob Taft was not blushing at all. The Ohio senator told reporters the bill coming out of the conference committee composed of congressmen and senators was, he believed, satisfactory to all of the 68 senators who had voted for his bill earlier. As Taft likely had suspected, the version of the bill to come out of the conference was somewhat tougher than that originally approved by the United States Senate. In short, the Taft Bill now more closely resembled its companion, the Hartley Bill, in the House. The only real point of contention that had caused a deadlock amongst the conferees had been whether the approximately 250,000 agricultural workers – – – meaning those employed either in canneries or packing industries – – – should be denied the right of collective bargaining as stated by the Wagner Act. The House conferees had wanted the agricultural workers excluded, while senators objected. Unable to reach an agreement, the members had concluded to drop their effort to define “agricultural” employees in the bill.

Certainly public sentiment had been stirred up to the boiling point with the depravations imposed by the Second World War, the loss of blood and treasure imposed upon the “Greatest Generation” of Americans. The seemingly continuous labor unrest had resulted in further inconveniences for a public who had simply had enough. Indeed, that was the very slogan used by Carroll Reece’s RNC during the 1946 congressional elections, “Had Enough?”

Press reaction in Tennessee was about what one would expect. Even the Knoxville News-Sentinel published an editorial critical of the union bosses. “For the next two weeks you will hear from union leaders a crescendo of charges that the Taft-Hartley labor bill is ‘slave legislation’ – – – that it means ‘involuntary servitude’ – – – that it would compel men to work against their will,” the editorial began. “These charges, we believe, are completely phony.” The editorial noted President Truman had “said that jurisdictional strikes – – – wars between unions at the expense of employers and the public – – – are indefensible.” The News-Sentinel editorial noted the Taft-Hartley Bill outlawed jurisdictional strikes. After detailing several aspects of the bill which the American public likely agreed with, the editorial stated, “What union leaders really mean, when they shout about ‘slave legislation’ is that they want no restriction whatever on the power to strike for any reason at any time.” Naturally, the News-Sentinel did not agree with that notion, the editorial said. “The American people want their government to make fair rules to preserve its proper uses and prevent its abuse. That, we think, is what Congress has done in the Taft-Hartley Bill,” the editorial concluded.

David Lawrence, a nationally syndicated columnist, wrote that if the labor legislation deserved to bear the name of the person most responsible for it having been written and passed, then it should have been named for John L. Lewis. Perhaps the most famous union leader of his time, the bulky, bushy-browed John L. Lewis sounded like a Shakespearian actor rather than a union boss. The longtime president of the United Mine Workers and the founding president of the CIO, John L. Lewis, Lawrence wrote, was “mostly responsible for the” Taft-Hartley legislation.

“It was Lewis who educated the whole country to the act that a nationwide strike paralyzing the distribution of fuel and impairing the public health could be brought about and that the Federal Government had no power in peacetime to get an injunction,” the columnist wrote. “The fact that even under a wartime statute there was doubt and the Supreme Court of the United States was divided on the issue served only to emphasize the need for some law to protect the public interest.”

Bob Taft and Fred Hartley, both chairs of the Labor committees of their respective legislative bodies, expressed their confidence their bill “will become law” as it made its way to the desk of President Harry Truman. Yet neither addressed whether they thought Truman would sign the bill.

The conference report of the House and Senate went before the House of Representatives on June 4, 1947. The Memphis Press-Scimitar published its own editorial, using the actual vote as the title, 320-79. As the Press-Scimitar and many other press outlets had noted, a milder version of the Taft-Hartley Bill would attract the support of some who were otherwise inclined to vote against the legislation. The newspaper reminded its readers the vote on the Hartley Bill had been 308-107, pointing to the increase in support for the Taft-Hartley Bill. The Press-Scimitar predicted the Senate would also pass the bill by a large majority and stated “President Truman should sign it.”

Even John L. Lewis discovered, much to his chagrin, that the Taft-Hartley Bill had changed things even before it became the law. Columnist Drew Pearson wrote for years Lewis had two friends amongst the coal operators with whom he could always transact business; the muckraking columnist identified the two men as Harry Moses, the negotiator for U. S. Steel Corporation’s “captive” coal mines, and Charles O’Neill, who was the spokesperson for the northern coal operators. Being a highly intelligent man, Pearson noted Lewis was not unaware that the Taft-Hartley labor bill might affect his own negotiations, although the union boss never for a moment suspected his two friends would use the legislation “as a bludgeon to force Truman to sign the bill.” Drew Pearson wrote Lewis “got the surprise of his life when he walked into the meeting with the operators.” Neither O’Neill nor Moses seemed even remotely interested in anything John L. Lewis had to say. Pearson chortled that the two “were about as cooperative as cigar-store Indians all during the brief and hostile conference.”

According to the columnist, Lewis’ traditional way of getting where he wanted things to go was by opening high and waiting for a counterproposal before reaching an agreed increase. Lewis demanded a 35-cent per-hour increase in wages for his miners and was astonished when O’Neill snapped he was unwilling to consider any wage increase save for the 15 cents he had offered previously. It was precisely at that moment it occurred to John L. Lewis the coal operators might well be working with outside business leaders to create a potentially politically embarrassing and harmful scenario for President Truman. Needless to say, John L. Lewis was in a very difficult situation. Pearson quoted the labor boss as having sighed to friends, “Before, I had to negotiate with an injunction and a jail sentence facing us. Now I must negotiate with the sword of Damocles hanging over my head.”

The vote in the Senate was delayed by at least a day when Senator Murray verbally assaulted the Taft-Hartley Bill on the floor. Murray said the bill “constitutes a declaration” the National Association of Manufacturers “is to be the unquestioned spokesman of our economic system.” The Montana senator told his colleagues the Taft-Hartley Bill was intended to assure that “labor is to be put in its place, stripped of many of its essential rights, and so battered and weakened as to be ineffective hereafter at the bargaining table.” Still, Murray assured his fellow senators he never for a moment doubted, “Inevitably labor will seek to elude the chains fashioned for it. This means conflict and chaos between labor and management as long as this effort to gain the upper hand continues.”

James E. Murray had been the chairman of the Senate’s Labor Committee prior to the GOP having taken control of the U. S. Senate. It was a profound change in political philosophies as Bob Taft and Jim Murray were about as far apart as two men could be politically.

The fight was not yet over.