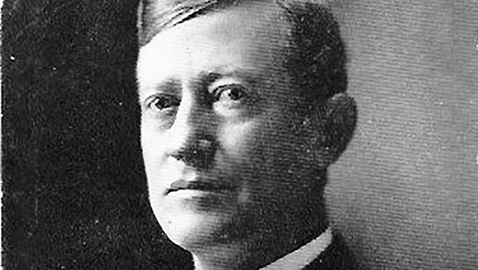 Senator Luke Lea was so unpopular with his fellow Democrats, the party machinery moved up the election for the Democratic nomination to November of 1915, a full year in advance of the regular general election in 1916. For the first and only time, the election in November would be followed by another in December featuring a run-off between the two top vote getters. Lea, bolstered by his ownership of the Nashville Tennessean and his incumbency, was determined to run.  Former governor Malcolm Rice Patterson, as polarizing a figure inside Tennessee’s Democratic party as his personal enemy and rival Luke Lea, entered the contest, along with the congressman from Tennessee’s Tenth District, which was comprised of Shelby County, and a few surrounding counties in West Tennessee.  That young congressman was Kenneth D. McKellar, who had first been elected in a 1911 special election following the death of George Washington Gordon, a former Confederate general.

In 1913, Malcolm Patterson abandoned his opposition to temperance; in fact, he changed his completion completely and became a popular speaker against the evils of alcohol.  There were tens of thousands who were skeptical about the former governor’s supposed change of heart, but considering the tragedies that had befallen Patterson and his family, it is quite possible his conversion was genuine.  Malcolm Patterson had been married three times; he married Sarah Johnson in 1885 and they had three children together before she died.  In 1903, Patterson married Sybil Hodges and their union produced one child before Mrs. Patterson’s untimely death.  Malcolm Patterson became only the second Tennessee governor to marry while in office.  His third wife, Mary Russell Gardner, married the governor in 1907, just shortly after Patterson had been inaugurated.  Despite Malcolm Patterson being forty-six years old, he and his wife had two children together.

In February of 1915, Patterson paid a call on Governor Tom C. Rye while in Nashville.  Officially, Patterson was on a speaking tour on behalf of the Anti-Saloon League.  Leaving the governor’s office, Patterson confidently predicted it was only a matter of time before “strong drink” could be had without a prescription from “a reputable licensed physician.”  Patterson’s tour had taken him all over the country and provided him with a comfortable living.

The former governor spoke again in Nashville in April of 1915 at Ryman Auditorium and was introduced by the incumbent governor, Tom C. Rye.  Rye’s introduction was generous.  “I have been requested, and I appreciate the honor, to introduce a man who in my judgment does anything he undertakes better than any other man,” Rye said.  “Where his standards wave there are always found behind them a splendid citizenship.”  The governor said he believed Patterson was “fighting for the homes of Tennessee.”  Patterson’s banner on behalf of prohibition, according to Governor Rye was “second only to that unfurled by Jesus Christ among the olive-clad hills of Judea.”  “His cause will succeed,” the governor declared, “because it ought to.”

Patterson went through a long history of his political career and readily acknowledged his own opposition to the prohibition cause.  Patterson demolished his own former arguments and noted there were “only” 300 saloons left in Nashville.  “These may expect to go at the next Congress, and we can then look the Czar of Russia in the face,’ Patterson thundered.  “If Tennessee and Memphis and I could go dry, you may expect anything to happen.”  Patterson cheerfully admitted one of the charges made by his political opponents.  “Some men have said I am not consistent, and I know it, but the number who say I am not sincere is less than formerly.”

Patterson, in turn, praised Rye for the governor’s strong stand in favor of prohibition and enforcing the laws.

By the summer of 1915, politics began to heat up and “friends” of the former governor indicated in June Patterson would seek the Democratic nomination and oppose Senator Luke Lea.  When asked if he would become a candidate for the U. S. Senate, Patterson did not issue a denial.  “The time is too far away for me to say anything definite,” the former governor replied.  Patterson seemed to be waiting for Congressman Thetus W. Sims to make an announcement whether he would run for the Senate or not; Sims badly wanted to run.  A bloated man with a bushy mustache and overstated sense of his own dignity as a congressman, Sims had been in the House of Representatives since 1896 and felt he deserved a promotion to the Senate based on longevity.  Like an old bull, Thetus Sims pawed at the ground, shook his head angrily and bellowed occasionally, but did little of substance to promote his own candidacy.  Unlike the past, Malcolm Patterson was more cautious in his approach to the senatorial campaign.  In August, he met with friends and supporters in Nashville at the Maxwell House.  Approached by reporters from Luke Lea’s Tennessean and the Nashville American about his political plans, the former governor barked, “I have no statement to make tonight.”  The press, despite Patterson’s comments, thought an announcement of his candidacy was imminent.

Shortly after Patterson’s arrival at the Maxwell House, Congressman K. D. McKellar set up shop at the same hotel.  Along with Patterson and McKellar, Congressman Cordell Hull was a resident of the hotel for a few days; the Maxwell House remained a hotbed of political activity with each prospective candidate receiving a steady stream of callers.  Naturally, Luke Lea’s Tennessean kept a close eye on each potential candidate against the senator.  The Tennessean reported one close friend bluntly asked former governor Patterson if he was going to run for the U. S. Senate.  “The people seem to expect it,” Patterson replied.  “Watch the papers about Tuesday morning.”  The Tennessean, doubtless reflecting the personal opinion of Senator Lea, opined several prospective candidates had abandoned their plans to run for the Senate with Patterson’s increasing interest in making the race.  The Tennessean seemed to think an official announcement of candidacy by former governor Patterson might well clear the field.  That ignored the fact Congressman McKellar had already announced his own candidacy for the senatorial nomination.  It would become increasingly clear with passing weeks neither Senator Lea nor the Tennessean thought McKellar would be a factor in the campaign.  The Bristol Herald-Courier seemed to reinforce that belief, editorializing a declaration of candidacy by Malcolm Patterson made it highly unlikely McKellar could beat both the former governor and Senator Lea for the nomination.

Malcolm Patterson made his candidacy official on September 2, 1915.  He would be an active candidate for the Democratic nomination for United States senator in the November primary.  Patterson outlined his platform and perhaps anticipating yet another bitter campaign, said his own would “be free of personalities”, as he wished to go before the people and keep the contest on “a high plane.”  It was quite clear immediately whatever Malcolm Patterson might wish, the campaign would not be devoid of personalities.  Luke Lea’s Tennessean published a political cartoon of a cat bearing Patterson’s face standing on a porch, before a door labeled “Public Life” and looking over his shoulder to see a can entitled, “His Record”, tied to his tail.  For those who might not readily recognize the former governor’s face, the cartoonist had helpfully written “Ham” on the hapless cat.

Almost immediately after announcing his candidacy, former governor Malcolm Patterson left the campaign trail as his son had to undergo a “dangerous operation.”  If Patterson believed the senatorial race would be waged without comment on personalities, Tennessee newspapers dredged up his public record.  The Lexington Progress issued a scathing editorial, snarling, “After having betrayed every friend except Duncan Cooper and violated every pledge except to satisfy his own lust for office, he now asks the people of the state to receive and trust him as a reconstructed and reformed man.”  The Progress attributed Patterson’s change on the temperance question to the fact the liquor lobby’s “money ran out” and charged the former governor as “the rankest and boldest kind of hypocrite” who was “audacious and insolvent in his methods.”  The Lexington Progress concluded by saying, “…at least Patterson is Patterson, whether he is sounding the depths and shoals of dishonor or riding the wave of respectability…”

Despite the campaigns of Congressmen McKellar and Sims, the Brownsville State-Graphic huffed the senatorial contest came down to Senator Lea and former governor Patterson.  “The other two might as well be put in 100 to 1 class right now.”  The Trenton Herald-Democrat thought as the candidates were all Democrats and held many of the same views on issues, “Thus the matter decidedly hinges on ‘personalities’.”

With the first primary a month away, the senatorial campaign heated up in October.  Luke Lea’s Tennessean shamelessly promoted the senator’s candidacy, while gleefully publishing any scrap of a story that might be detrimental to his opponents.  Congressman Thetus Sims, bitterly lamenting he had been in Congress far longer than Kenneth McKellar, withdrew from the race.  The Tennessean thought there was an exodus from the McKellar camp to that of Malcolm Patterson.  The Tennessean speculated Congressman Cordell Hull, who it believed was backing McKellar, had switched his allegiance to Patterson.  The Tennessean noted Hull had dined with Patterson and had enjoyed coffee with the former governor in the Maxwell House Hotel.

McKellar campaigned relentlessly, stressing a theme neither Luke Lea nor Malcolm Patterson could argue with; the Memphis congressman pounded home the notion only he could run in the 1916 general election as the nominee of a united party.  Both Lea and Patterson were highly controversial and the Republicans were fielding their strongest candidate: former governor Ben W. Hooper.  It was a powerful argument for many Tennessee Democrats, as Hopper had twice been elected governor and the nomination of either Lea or Patterson would likely bolster Hooper’s campaign.  Lea and Patterson concentrated their verbal barrages on one another, largely ignoring McKellar.  Neither realized until too late the Memphis congressman’s campaign for the nomination was taking hold with voters.  The results of the first primary stunned just about everybody.

Congressman K. D. McKellar ran first, carrying East and West Tennessee; former governor Malcolm Patterson carried Middle Tennessee, while Senator Luke Lea ran third.  Lea, in spite of owning the Nashville Tennessean, ran behind Patterson in his native Middle Tennessee.  Patterson and McKellar would face one another again in the December run-off election.  Lea, who had been elected to the Senate by the fusionist movement had difficulty in denying his own record as much as Malcolm Patterson could not escape his record as governor.  An even greater tragedy befell Malcolm Patterson as the election approached when his son, Malcolm, died.  Both McKellar and Senator Lea canceled their speaking engagements out of respect for the Patterson family.  Evidently young Patterson had never fully recovered from his earlier surgery.

As the election returns trickled in, McKellar led Patterson by a vote of 41,416 to 39,069.  Luke Lea trailed with 32,348.  Patterson had run third in East Tennessee, behind second-place finisher Luke Lea.  McKellar carried Hamilton and Knox counties, while Patterson carried Luke Lea’s home county of Davidson.  Both McKellar and Patterson lived in Shelby County, but McKellar won it overwhelmingly.

The run-off election was almost anti-climactic.  Congressman McKellar decisively defeated former governor Malcolm Patterson.  McKellar swept every grand division of the state, winning East, Middle and West Tennessee.  Patterson’s best showing came once again in Middle Tennessee, which he lost narrowly to McKellar.  The Memphis congressman ran even better in East and West Tennessee, running ahead of the governor two-to-one.

Malcolm Patterson’s quest for elective office and vindication had fallen short, but he was not done with politics.